When you get three brilliant minds together like 1917’s Sam Mendes, Thomas Newman, and Roger Deakins it tends to lead to a smash success – both critically and in the box office numbers. 1917 is no different in this case. I was hesitant to see this film before awards season but when Mendes won the Golden Globe for Best Director and the movie itself won the Globe for Motion Picture – Drama I knew I had to make it a must-watch and I was not let down in the slightest.

So, the film has not been critically-acclaimed for its cast or script which I totally understand. However, after giving it a watch I do think George MacKay was snubbed of even a nomination in the Best Actor categories. His performance is raw and genuine and makes the movie, that is as a whole about the first World War, very personal. But it doesn’t make it personal so much as to make any of the audience members shed a tear. Dean-Charles Chapman does great with what he’s given and truly captures the audience and makes the audience care about his character. One thing this film does have though is a strong ensemble. I think they all worked really with each other. Some of the best parts though were the scenes scattered in the film with these big name actors that are onscreen for a maximum of seven or eight minutes at the longest. Colin Firth, Benedict Cumberbatch, and Richard Madden all make appearances throughout the movie – which is honestly okay with me because those soldiers might not have always had eyes on their colonels or generals. I liked that they didn’t use huge celebrities for this movie because when that’s done it can sometimes come off as their movie.. when the movie has lots of other great aspects about it. I will always be okay with unknown actors and actresses being cast in films.

I won’t touch on the script here because I don’t think it’s a huge problem that the script is not super inventive when the movie’s visuals and effects are what make the movie. Roger Deakins is a king, to say the least, and his work and nomination for 1917 just adds to his long list of accolades. First off, this film’s cinematography is stellar. I love anything Deakins has his hand in. The warm colors contrast with the colder colors from the night scenes and it’s a literal masterpiece. Speaking of masterpieces, the sets and production design are next level. The huge set pieces and vast amount of trenches that were built for the movie is astonishing. I think I read somewhere where it said they built a mile’s worth of trenches for the film. Which is HUGE in the grand scheme of film. One thing that I have to touch on is the mere fact that almost everything was shot in one take. My anxiety would be at a ten so I applaud everyone involved in the filmmaking aspect of the movie because it had to be some of the most tedious work to do. I was literally blown away by all of the night shots because they were shot in the daytime.. which brings me to the special effects department. I want to scream a huge congratulations to the department because their work translated so well onto the film and was some of the best work I’ve seen in a war movie. What the movie lacked in a strong script and dialogue it more than made up for in the technical departments.

I worship the ground that Thomas Newman walks on and I listened to the film’s score before going to see it. I was ready to see what those scenes might bring if the score was like it was. He was successful in matching the tone of every scene and then throwing several surprises throughout the movie. I would say that some of the highlights from the score come from the last half hour of the movie. The score is also key in making the audience as they should and I feel like this movie would not be what it is without its score. The score sounded Zimmer-esque which is never a bad thing. I just think that with these war movies comes some of the same sounding scores because it’s the same genre. 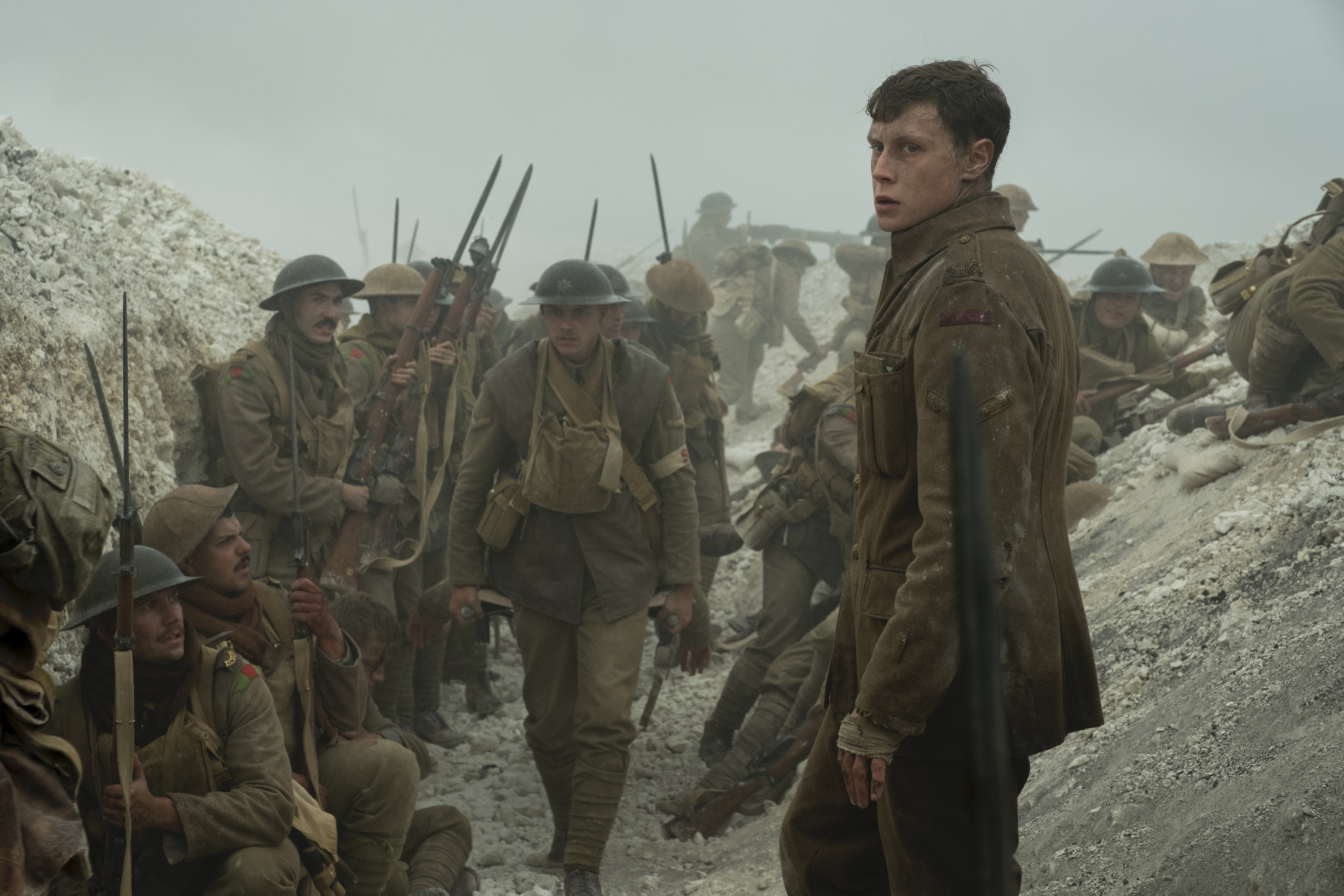 Overall, I think this movie is stunning and incredibly well-done. I loved that it was not made in the same vein as some of cinema’s most recent war movies. The movie is not about the war at hand but about stopping it which is important in this day and time to see. Everything is top-notch and I honestly wouldn’t be mad at it for taking the Oscars by storm. It would honestly have topped my top ten of 2019 if it hadn’t been released so late in other theaters. I also love that this film is about World War 1 and not World War 2, which I think should be laid to rest for a little while. I think it’s been way overdone for a while now… but nonetheless I urge you to go and see this movie if you’re a fan of war movies or if you’re knocking out those movies for the Academy Awards coming up!