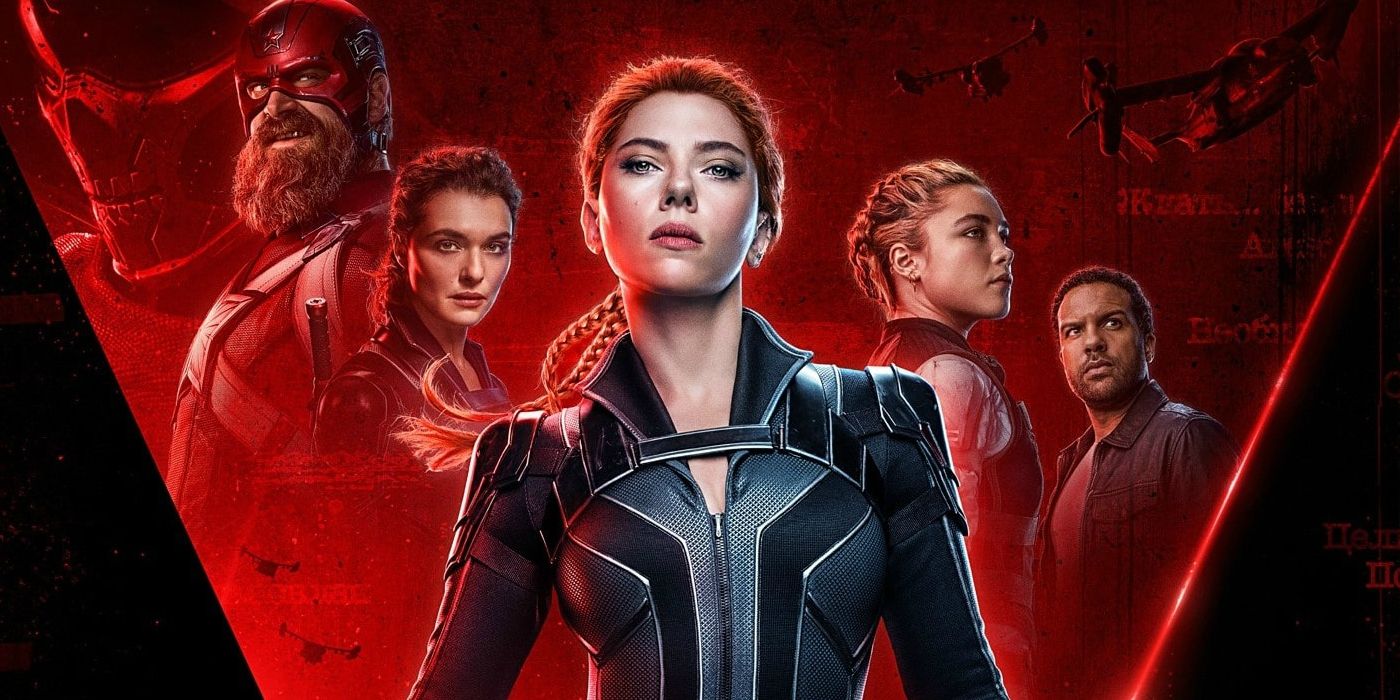 Her moment is here and it’s only been 11 years in the making. Introduced into the Marvel canon in 2010’s Iron Man 2, Natasha Romanoff has been due for a solo film for quite some time now. Facing the many challenges that any movie trying to release in 2020 faced, Black Widow is finally here and she went out with a bang!

Firstly, the cast here is superb! Scarlett Johansson is just as wonderful as Natasha Romanoff today as she was those 11 years ago. Sharing the spotlight though is Marvel newcomer Florence Pugh as Yelena Belova, Natasha’s ‘sister.’ Anyone who knows me at all knows just how obsessed I am with Florence Pugh and honestly who wouldn’t be. With multiple impressive performances under her belt it’s no wonder she was cast. As Yelena, she gives Johansson a run for her money providing most of the film’s humor. Adding to its humor is the Rachel Weisz-David Harbour duo who work great together as a sort of mother-father team. Harbour just excels with his character and I’d honestly watch his character’s origin story film. He’s lots of fun. Together, the four of them create an environment that feels different from other Marvel films. The familial message is clear all throughout.

Plot-wise though I’ll be the first to tell you that this is pretty standard Marvel fare which is totally fine in my book! The pacing is pretty good throughout the film. I was hanging on to every last word because I couldn’t wait to see what would happen next. Of course it wouldn’t be a Marvel film without its plethora of fight scenes but even the quieter moments between the family move right along. Audiences are finally able to learn in depth of Black Widow’s back story. We’re finally able to understand who she is and why she’s like she is and not like other widows. I think the film is a perfect final bow for a character that deserved so much better in the first films. While phasing out one character the film also successfully introduces audiences to the new generation of Black Widow. Seriously I think Yelena was perfectly introduced and gave audiences something and someone to invest in.

As previously stated the fight scenes are aplenty but they’re incredibly choreographed and I can’t help but think of all of the amazing people working behind the scenes as stunt doubles! The fighting comes off as totally organic and maybe even better than those from different Marvel films. Last but definitely not least I have to say that visually this film is one of the more impressive to look at from the Marvel canon. Both the cinematography and CGI work is really well done.

I feel like it must be said that the opening title sequence is amazing and provides even more back story to the character you’re about to watch. And if you’re new to Marvel, do as the aficionados do and stay for the end credits scene. I won’t spoil that for you. Just stay and watch!!

I’ve seen where some people are seeing it’s too little, too late. But while I feel like it’s definitely too much of an after thought it was a great way to say goodbye to the beloved character. As a Black Widow stan for life, I urge any Marvel fan to go get your fill and take in all of the Marvel goodness on the big screen!