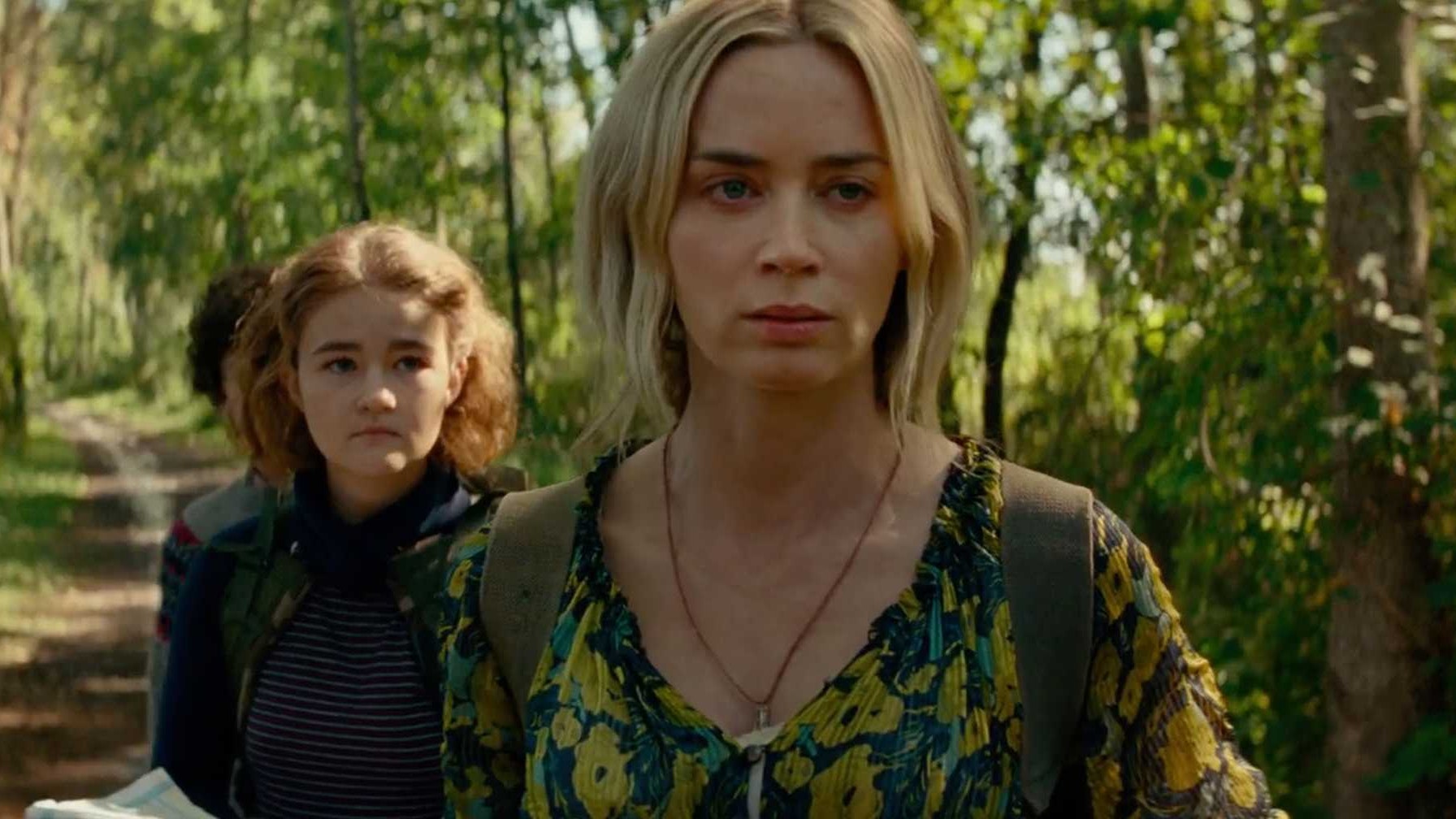 The horror genre has became pretty saturated in the past twenty years but perhaps one of the best things to happen to the genre is John Krasinski, his wife Emily Blunt, and A Quiet Place. The film’s inherent monster threat might be something that’s been done for years but everything else and the way the film goes about telling its stories is original and just the uniqueness the genre is in need of. With a top notch first entry, the sequel had a lot to live up to.

Thankfully the whole cast is back (sans Krasinski, rip) and also adds a few welcome newcomers. Emily Blunt was absolutely snubbed of a Best Actress nod for her role in the original and will probably be looked over again this time around. While her role might seem a bit dialed down in screen time that certainly does not mean Blunt gives it any less of her energy. While Blunt is certainly good here it’s her onscreen daughter played by Millicent Edmonds that really steps up to the plate. Both she and Noah Jupe have grown into their roles and given them their all – really expanding on them emotionally in this movie. Usually newcomers into a beloved film sequel can be pretty polarizing but the addition of Cillian Murphy and his character is a very welcome addition. His character adds some grit but also adds what’s missing from Krasinski’s absence.

The film starts out giving us insight into how the creatures got there and introducing us to Murphy’s character. The opening sequence is one to behold and sets the rest of the movie up perfectly. The places to breathe are few and far between. Audiences are sure to be racked with the same anxiety from the first but on a whole other level. I don’t want to say that this was better story-wise than the first but it’s definitely on par with it. The characters are more fleshed out and are able to flourish in their environments just furthering the brilliance of its writing and directing. There were several characters, I will say, that were introduced and then just snuffed out like they were never there. I just did not like how dispensable they were.

The first film’s score is beautiful and really takes on an important role since the first movie is really quiet and almost completely silent. I think the composer did a really nice job expanding on the first’s score and using it throughout the film while also adding new themes. The finale sequence’s music is just unbelievably stunning and it pairs perfectly with the ending. And of course the sound mixing is phenomenal. I’d love to see it win some awards come award season.

I really wouldn’t mind another installment from Krasinski I think its ending definitely is left to let us believe a sequel could be coming but the even if they don’t plan on a sequel I don’t feel like it didn’t end well because it did! There are definitely questions still to be answered so we’ll see! Krasinski and his team expand upon his first film perfectly adding great characters and lots of suspense to a story that feels like it could be continually explored.