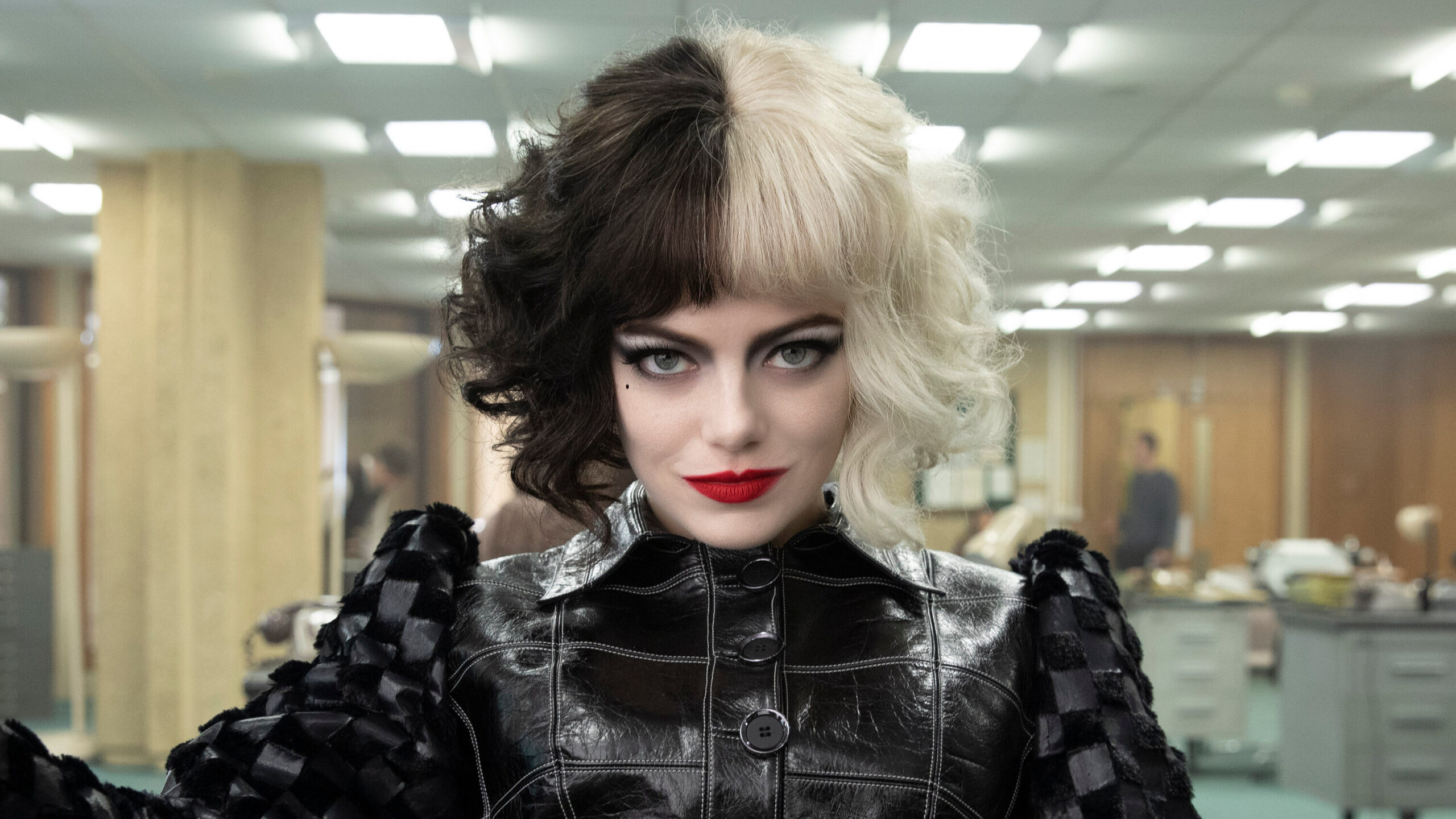 FINALLY. She has arrived. With an original release date for December 2020 this film, along with many others, have been a long time coming. Cruella was easily one of my most anticipated films probably of all time. Cruella de Vil has been my favorite villain since I can remember and we can all thank Glenn Close for solidifying her in that spot for me. The live action 101 Dalmatians movies really stick out to me as movies I remember really loving as a child. So, with Glenn Close as Executive Producer, the incomparable Emma Stone in the titular role, and a truly incredible Craig Gillespie directing Cruella has a lot going for it. And I have to say that it didn’t disappoint one bit.

Could we expect any less from Emma Stone? She’s easily one of the best parts of the film. She delivers an unforgettable performance that’s both dazzling and frightening. I think it would be a compliment to say that it’s rather camp-ish because that’s exactly what Glenn Close brought to her iconic turn as Cruella. But Stone is not the only Emma to be impressed with here. Delivering a just as camp performance that’s on par with Meryl Streep as Miranda Priestly in The Devil Wears Prada, Emma Thompson is incredible opposite Stone. The two are striking together onscreen and really elevate this already fantastic film. The comic relief from Joel Fry as Jasper and Paul Walter-Hauser as Horace is enjoyable and honestly the two of them are such a joy to watch play off each other. Overall, the casting is superb here. I will say though that I would’ve liked to have seen Anita fleshed out a little more here but it’s understandable why she wasn’t.

The story was one of my main concerns going into it as it usually is for all of Disney’s live action adaptations. I was worried she’d be given the treatment that Maleficent was given back in 2014 but I was pleasantly surprised. The film has a darker tone throughout its runtime that feels like a breath of fresh air. It feels like they were aiming at pleasing adults here and not just the children. We really should not be empathizing with Cruella because we all know what her goals from 101 Dalmatians were. And I don’t think this film makes us want to empathize with her but it helps give us some back story to who Cruella was before as Estella. It’s really a story about how Estella became Cruella and I’m okay with that. It felt fresh and original and certainly like something Disney hasn’t done in a long time. I couldn’t have told you where it was going and there’s a twist that I didn’t see coming so it really delivers on its story.

Perhaps where it shines the most is its costuming and makeup/hairstyling. If you’ll remember from 101 Dalmatians and 102 Dalmatians the costuming is top notch and this film had a lot to live up to (Thanks to the amazing Anthony Powell.) Jenny Beavan exceeded expectations and pretty much matched the level of brilliance that Powell brought to Cruella’s costume design. This film easily has some of the most stunning costume pieces, from every stich of Cruella’s wardrobe to Thompson’s character The Baroness’s designs. This should be a shoe-in for a nod at next year’s Academy Awards for Costume Design!

Also worth noting is the film’s production and set designs. All of the set pieces are gorgeous and feel authentic. The designs for Hellman Hall (the future Hell Hall) is to die for and the Baroness’s design studio looks strikingly similar to Cruella’s studio from the film from 1996. But I’ll be the first to say that some of the CGI is very dodgy. The Dalmatians leave a lot to be desired if I’m being honest.

Lastly, Nicholas Britell is solidifying himself as one of the best composers of his generation. His work here matches his work on films like If Beale Street Could Talk and Moonlight. I just wish the soundtrack, as amazing and fitting as it was, had let the score breathe and not drop a familiar pop song at every scene change. I have nothing but rave reviews for this adaptation and I hope that Disney takes notes and uses this as the standard to compare its live action films to. With a lot of nods from the 1961 animated iteration any Dalmatians fan should love this. I know I did! If you watch it for anything, watch it to drink in its stunning costumes and repartee from the Academy Award winning Emmas. And for the love of cinema, SEE IT IN A MOVIE THEATER!!