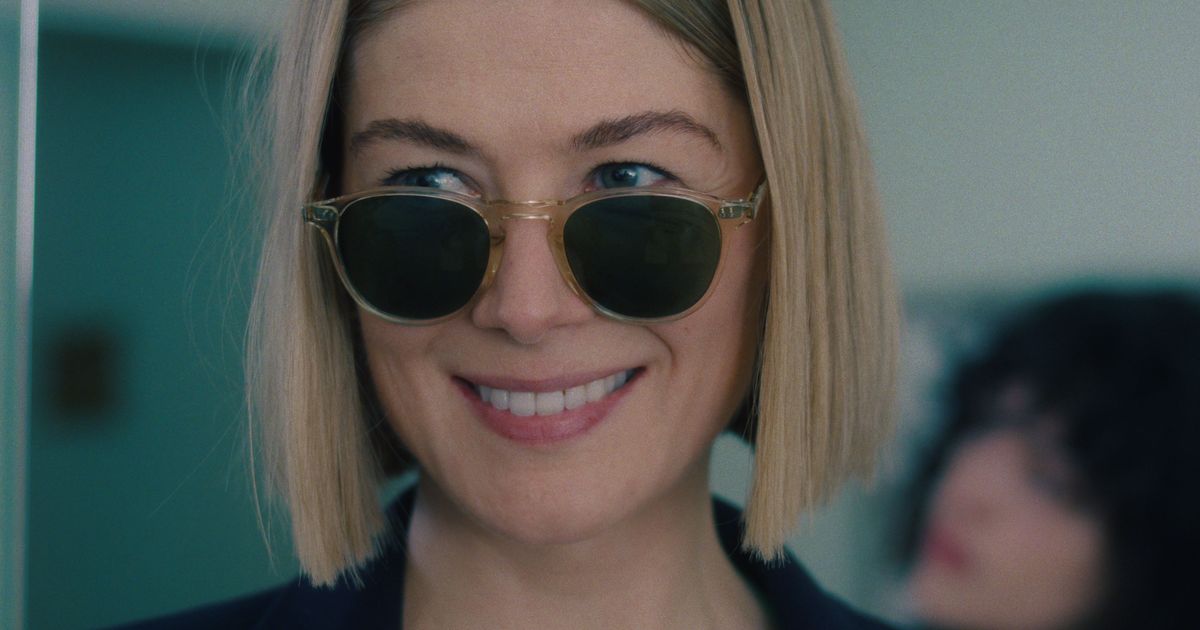 Netflix’s latest film I Care a Lot is directed by J. Blakeson and starring Rosamund Pike, Dianne Wiest, Peter Dinklage, Chris Messina, and Eiza Gonzalez. The film was acquired by Netflix late last year and premiered this Friday the 19th. The film is a dark comedy/thriller that follows Pike’s character Marla as she cons elderly people into care homes and gaining access to everything of theirs by becoming their legal guardians but as with every good thriller it comes with an unexpected twist that really elevates the film.

Rosamund Pike is easily one of the most versatile actors working right now. Her character is wicked and conniving and Pike revels in every bit of it. She gives this character 110%. While she’s one of the worst characters to ever grace a movie scene the audience can’t help but root for her because you know in the end she’s going to get what she wants. Her partner both in crime and personally played by Eiza Gonzalez is great when onscreen with Pike. But the other talent that really stands out for me though is Dianne Wiest. Wiest, just like Pike, is a chameleon when it comes to her roles and this is the perfect example. She gives us two different sides of her character that are distinctly different.

The film starts off so wild that I was hooked in the first few minutes and my eyes were glued the rest of the time. I don’t want to give anything away but the film does a really good job of introducing us to its characters and what their motives are and gives the audience an idea of how it might go but goes the complete other direction. I will say that there’s a short while toward the middle where it gets a bit unhinged but honestly it’s fitting for the film itself. Its runtime is used perfectly. It never veers off of where it’s going and I think most, if not everything, is solved by the end of the film leaving nothing to question.

While some films can be viewed as “style over substance” that is certainly not the case here. Everything from its chilling score, all of Pike’s power suits, and its colorful visuals adds so much value to the film.

I mean, look at both of those suits.. If you’re into thrillers or if you just want to watch Rosamund Pike slay for two hours give this one a watch! It’s certainly worth your time!