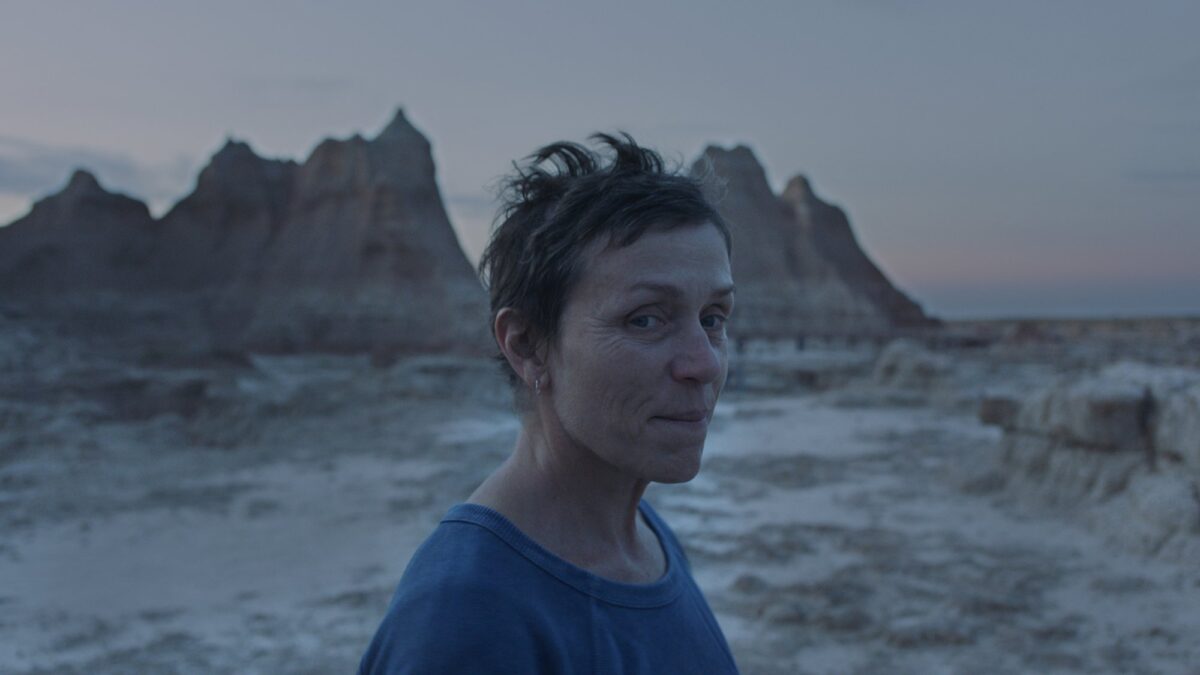 Chloe Zhao’s Nomadland is hands down the crowned jewel of 2020. It has already performed extremely well as far as critics go and its momentum is only picking up as it scored multiple nods at both this year’s Golden Globes and Screen Actor’s Guild Awards. I was more than happy to hear that the film would not only be premiering in theaters but on Hulu as well so it’s more accessible to everybody. Nomadland is a neo-Western drama that follows a woman who leaves her small town and life to travel and visit the western United States.

It’s obvious that this is really a one woman show led by the incomparable Frances McDormand as the lead character Fern. There aren’t too many characters in recent history that really stand out as being truly multi-dimensional. The audience gets to experience her life on the road as she’s dealing with the aftershock of the shutdown of the USG mine and the death of her husband. Many emotions are explored through her life as a nomad and the audience truly feels them. I think the audience is able to understand Fern by the end of the film and is able to empathize with her and some of the other characters. David Straithairn is wonderful opposite McDormand and the characters played by real life nomads Swankie, Linda May, and Bob Weiss as fictionalized versions of themselves are stellar additions that enhance the story tremendously along the way.

This film works as a sort of road trip movie.. in that she’s always on the go (hence the film’s title!) Fern visits many places that differ from each other quite vastly. I’d say that just as Fern’s life is propelled by each new place she goes so is the film’s plot. There’s never a dull moment. There might be moments where it’s more quiet than others but it’s never dull. There’s always something to look forward to. Nomadland is definitely a story that preaches community which is ever so important right now. Community is what keeps us going and keeps life interesting.

With Zhao at the helm this film translates beautifully onto the screen from its original source material. Zhao not only directed her film but she also wrote the screenplay and edited it. There is not one shot that isn’t gorgeous to look at. Every cactus, rock, and camper is framed perfectly and given as much appreciation as the actors onscreen. There are also some gorgeous piano pieces that are used in certain parts of the film that fill it out perfectly and accentuate its scenes.

It’s not often that something as beautiful and acclaimed is so largely accessible to audiences so take advantage of it! Check it out on Hulu or better yet go watch it at your local theater because it truly deserves to be seen on the big screen.