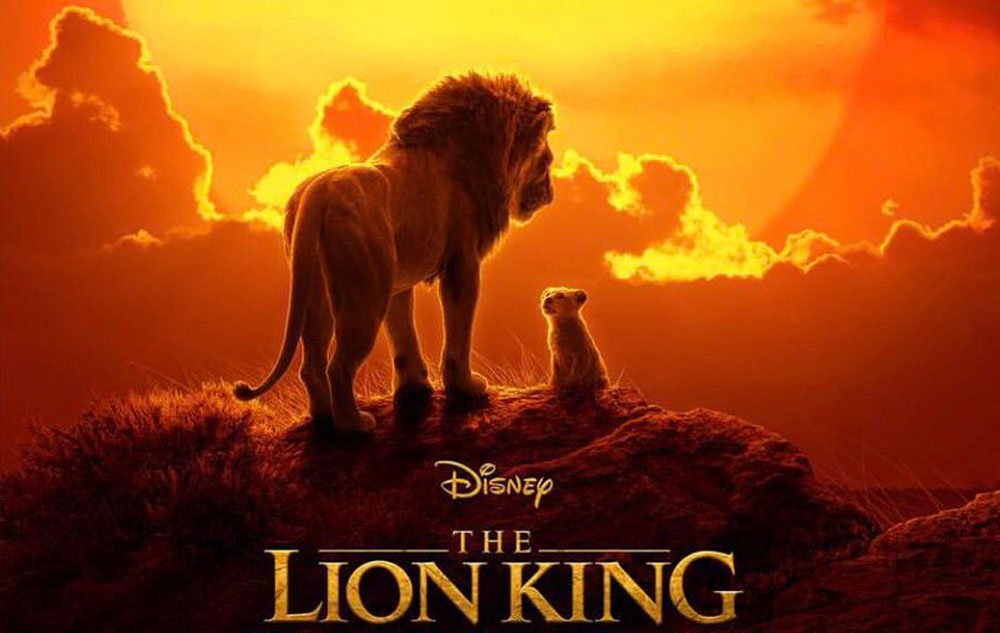 An aside: I just want to say a quick thanks to you guys that are reading. I’m no scholarly writer but writing has always been something I’ve been passionate about since elementary school. One of my favorite pastimes is watching movies, especially movies that I’ve never seen before. While most of the films I review on here will be newly released into theaters, I think I’m also going to post reviews of movies that I watch on my own at home. With subscriptions to several streaming services such as Netflix and HBO, I’m inundated with a plethora of new films each month. So, without further ado, here is my review of the Walt Disney Company’s “live-action” remake of a fan-favorite classic, The Lion King.

This weekend The Lion King opened and flourished at the Box Office with a whopping $185 million, shattering a record previously held by Disney’s 2017 live-action version of Beauty and the Beast. It’s pretty clear that the movie is super popular among the masses. Which is rightfully so since the original movie is a Disney Renaissance CLASSIC. Everyone I know personally loves it and claims that it’s definitely one of, if not their favorite, movies.

I won’t tell a lie and tell you I didn’t cry because I did but I think most of the emotions I felt were fueled by nostalgia for the original. I will have to give it to the masters of CGI that the movie was stunning. Nothing is more iconic than the opening sequence of the original. They definitely did that particular scene justice. In fact, most scenes were pretty on point for me. However, there were certain scenes that did not sit well with me. I’m not sure who the brainpower behind “Can You Feel the Love Tonight” was but they clearly got one thing very blatantly wrong. The song is sung in daylight. If someone figures out what might have been going through the movie’s creators’ minds about that scene, please let a boy know.

I thought the movie was very National Geographic meets DisneyNature. Now don’t get me wrong, I love a good documentary, but the direction they went with was almost too realistic, in my opinion. I think the same goes for Favreau’s Jungle Book. I need to know why they thought the animals couldn’t emote and still look realistic. Simba looked emotionless after discovering Mufasa’s death and Scar’s face was placid the whole movie. I’m just going to put it out there that Aslan from Disney’s The Chronicles of Narnia series looked very realistic while also emoting and he looked gorgeous while doing it.

On the subject of casting, James Earl Jones’ return as Mufasa was what I was most looking forward to! I’m not sure who could’ve filled those footsteps. The young Simba and Nala castings were perfect. Shahadi Wright Joseph is a queen in her own right already having been cast in The Lion King on Broadway as young Nala. I was very nervous for the “Just Can’t Wait to be King” scene.. as I should’ve been. I was not a huge fan of this scene simply because of how it’s done in the animated classic. Beyonce and Donald Glover did fine with what they were given. I don’t get the hype behind Beyonce’s being in the movie. She was sub-par. I do not like the new song that was written for the movie and I personally believe that they truly missed a great opportunity to use “Shadowland” from the Broadway musical’s soundtrack. I was most scared for the roles of Timon, Pumbaa, and Zazu and I have to say I was pleasantly surprised. I could not have asked for a better Zazu than John Oliver. Billy Eichner and Seth Rogen stole the movie for me. Their chemistry and deliverance were spot-on. Last but definitely not least, Chiwetel Ejiofor was all kinds of wrong for the role of Scar. “Be Prepared” was a whole mess. I know at one point there were talks that it was not going to be in the movie and I think they should have left it there rather than give us what they did. I am personally a huge fan of Ejiofor and am super disappointed in his performance. And if you were looking for some comic relief from the three hyenas then you’re out of luck because the three hyenes are very different and static characters. On the subject of disappointment, Rafiki’s part is very mellowed out and does not get to let Simba in on some of his wisdom that’s very important in the second act of the movie.

There are moments in the movie that I loved and parts that I wasn’t the biggest fan of. I like that Nala had several more scenes but there are some things during the final fight scene that were unnecessary. Fart jokes are never cute. Also, I’m going to put it out there that there a quite a few iconic lines that play very key roles in the original that didn’t make it into this iteration.

2 thoughts on ““The Lion King” is a Mesmerizing Dud.”