I feel like before this movie’s premiere that I’d been seeing the previews and trailers for it for at least six months in advance. One of the biggest draws for this movie for me is the Russo Brothers. This movie came off the heels of Avengers: Endgame and I was more than pumped for another Russo Brothers venture. But then everything dialed down until the movie came out and it was in our local theater for a total of maybe two weeks.. or so it felt. But I finally got to see it today and I can say that my waiting was not in vain.

The clear standout here is Chadwick Boseman. He keeps proving that any role that comes his way he’s going to knock out of the park. That’s not to say that he is without his flaws but I think a lot of that stems from the writers and the same goes for the rest of the talented cast which includes J.K. Simmons, Sienna Miller, and Stephen James. I fell in love with Stephen James as an actor in 2018’s If Beale Street Could Talk and he’s no less powerful in this movie as the villain. Sienna Miller is another standout for me because she truly transcends her character. J.K. Simmons, who is normally great, was pretty sub-par here which is disappointing but that all comes down to the screenwriters. I think I they all did wonderfully with what they were given but if they had been given something more strongly written then it would’ve been even better.

Formulaic is the word that comes to mind when it comes to talking about 21 Bridges. Before this movie, I had never heard of Brian Kirk but when looking him up I found that really he’s used to television episodes which is fine. I think he did fine. I think they anticipated all of the surprises to come off as actual surprises but it was nothing more than predictable for me. That’s not to say I didn’t like the movie but it didn’t do anything to reinvent the genre and there wasn’t anything that really stood out for me. It kind of bumbled along but when the movie picked up was where it shined. One of the best scenes in the movie was in the subway and I wish the whole movie had been of the same quality. I think it also tried to shine a light on the problems with the police systems of America but it didn’t really stick to one side which defeats the purpose. 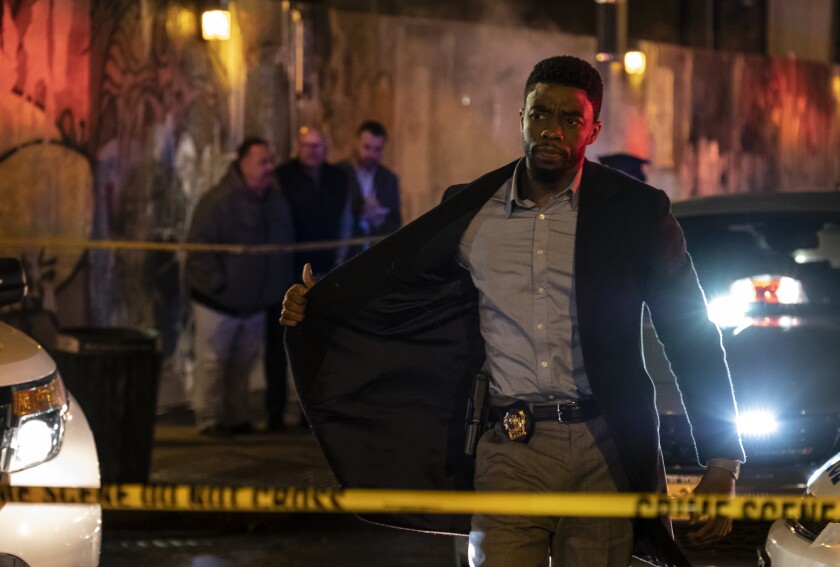 I liked this movie. I give Chadwick Boseman all of the credit though because everything else is sub par for me. It’s one of those plots that has been done over and over and if not done well or differently can come off as very obvious and predictable.