“A Beautiful Day in the Neighborhood” is a brilliant film much needed for this day and time.

Oh man, I have been looking forward to this movie since I first saw Tom Hanks in costume as the beloved Fred Rogers. I don’t remember being obsessed or watching “Mr. Rogers’ Neighborhood” regularly but I do remember it being on and watching it on many occasion during my childhood as most kids did because PBS was a staple. Tom Hanks is no stranger to portraying different kinds of characters across the board and what had me excited to see him portray Mister Rogers was remembering how good he was and how perfectly he transformed himself into Walt Disney for Saving Mr. Banks which has slowly become one of my favorite movies of modern-day Disney. I am happy to say that I was absolutely blown away by every aspect of this movie.

Impressed is an understatement as far as the cast is concerned. While I expected Tom Hanks to be more of the protagonist as Fred Rogers the movie does a really great job with casting the focus more on Matthew Rhys’ character Lloyd Vogel. Vogel is a pseudonym of the actual author’s name who wrote the article this movie is derived from. Matthew Rhys is a talented actor and I loved every second of his performance in Beautiful Day. He is able to work with and display a range of emotions and give his character the depth it demands. He’s able to portray that he’s this cynical, jaded journalist at first and then develops into the man that Mister Rogers molds him into which is more in touch with his sentimental side and keeps those emotions up front rather than suppressing them like before. Adding to the talent is Kelechi Watson, of “This is Us” fame, who plays Vogel’s wife. She’s a great talent and while I loved her I also liked that she didn’t draw from the movie’s main characters or purpose. I think it goes without saying that Tom Hanks is in his element when portraying a character that demands a lot. He is done nothing short of that for this film and it’s scary to think that when I was watching the film there were moments where Hanks faded away and I forgot it wasn’t Fred Rogers on the screen. It’s most definitely along the same caliber as Renee Zellweger in this year’s Judy.

The film does a phenomenal job with the plot. Going into the movie one might think the movie is going to be one giant “Mister Rogers Neighborhood” show but it’s far from that and I didn’t know before but I’m glad that’s not what it was. I appreciated that it dug deeper than just the show and focused on a different perspective. A perspective that we don’t often get when we’re talking about Mr. Rogers, the ways he has affected some. He was so important because he was so caring and paid close attention to his biggest audience: the children. He never counted anybody out and always treated everyone with the kindness and attitude we should all be treating everybody. While there are brief touches on Fred Rogers the film mainly focuses on Lloyd Vogel and his life since meeting Mr. Rogers and how much better a person he made him. So, I will say don’t go in thinking you’re getting backstory on Mr. Rogers but rather going in and seeing just how positive a light he was and how he touched someone’s life literally and how he touched others just through his show.

I won’t give away much but there are fun moments when we get to see Hanks transform into Mr. Rogers for the show and we get little snippets of the set and scenes from the actual show with cameos from the famous puppets made famous by Rogers himself. The cinematography is gorgeous and if I could live in a film it’d be this film, but in the neighborhood of Make Believe that we see in the movie also made famous by the show. 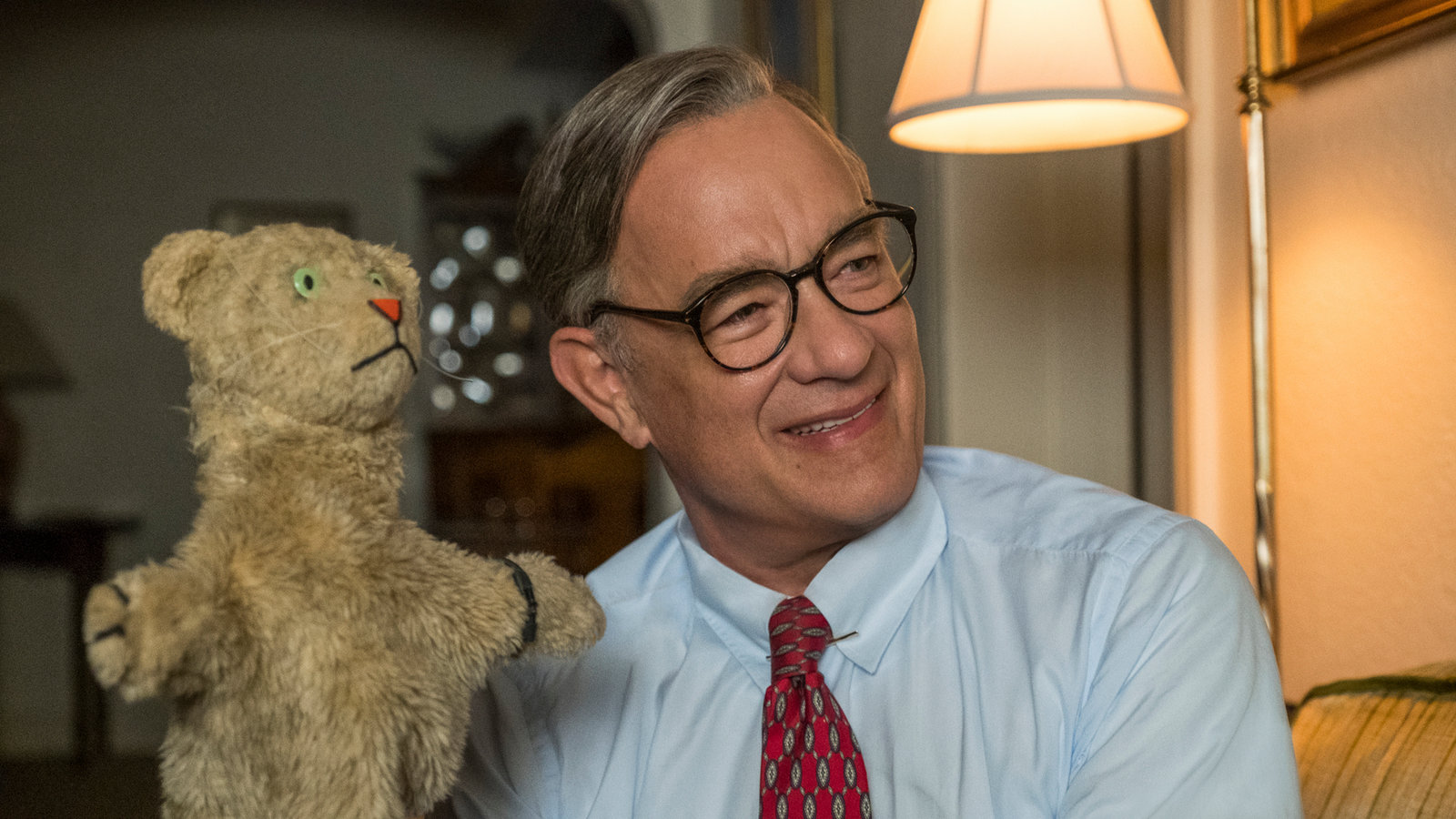 I can’t say it enough. Go see this movie or at least watch it when it comes out to rent. It definitely warrants a watch even just for Tom Hanks as the iconic Mr. Rogers. You should also definitely be on the lookout for yet another Oscar nomination for Hanks this year!

Dec 24, 2019Leave a Comment on “A Beautiful Day in the Neighborhood” is a brilliant film much needed for this day and time.Movie Reviews
Tags Biographical Drama, Drama, Mr. Rogers, Oscars, Sony Pictures, TIFF, Tom Hanks