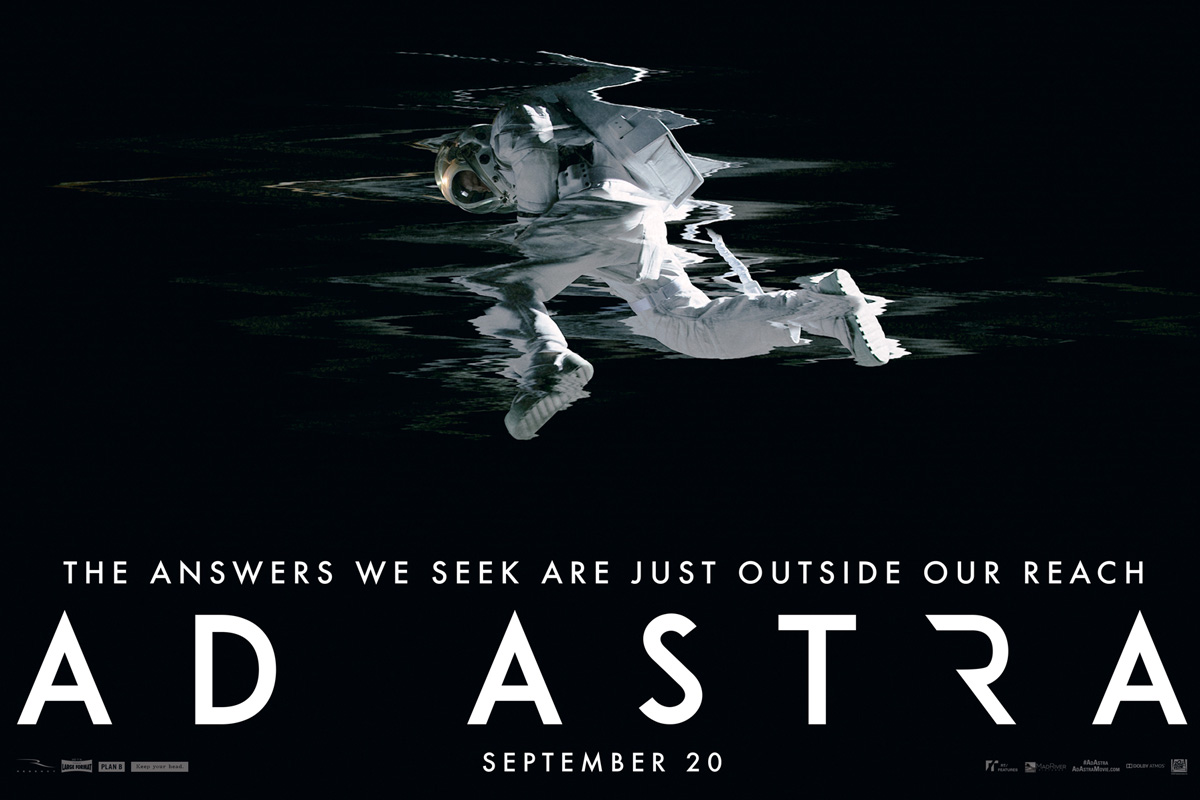 Fresh off the box office success comes Brad Pitt in a completely different movie. Seriously though, the range this man has is impressive but you didn’t need me to tell you that. Brad Pitt has been around for a while and has been proving his talents for quite some time but I personally think that in this film he has impressed me even more. I wouldn’t say that Ad Astra is your run-of-the-mill space movie. It delves deeper and more into themes that we don’t typically see in your typical space films. While it is a movie that deals with space exploration it also explores the human psyche and strained familial relationships.

Casting, I think, was most important for this movie behind visuals. Brad Pitt was the perfect choice to play Roy McBride, a middle-aged astronaut attempting to make clear his father’s name. Bad Pitt, before 2019, flew a bit under the radar for me. This year is the year we’ve really gotten to see him in a main role since 2016’s Allied. Audiences also haven’t seen him in an action film since 2013’s World War Z. Brad Pitt is best suited in an action role. And Ad Astra, while not your typical action-packed movie, is packed with enough to use Pitt’s acting chops to the best of his ability. He is tasked at giving the audience a performance that I don’t think he’s ever done before. I’ll say that while there are several other members of the cast Pitt is the standout. I knew that was going to be the case. But the cast in supporting roles did relatively well with what they were given. Ruth Negga was severely underused in her role. She’s more capable of performing a deeper role than she was given but I can understand why she wasn’t given more screen time. This was Brad Pitt’s movie. I’d also like to say that the casting of Tommy Lee Jones as Pitt’s onscreen was spot on and their chemistry felt natural. Worth noting is a cameo from Natasha Lyonne, of “Orange is the New Black” fame, which is a riot per usual.

The visuals were stunning and a real treat to look at. They did a great job of making such large props that were used look small in comparison to the large expanse that space is and that surrounds the crafts. I think it definitely holds up to previous space films like Interstellar and The Martian in terms of visuals and acting. I think Brad Pitt’s performance in Ad Astra is far better than Matt Damon’s in The Martian but there’s room for improvement to be at the level of Ryan Gosling in First Man.

I want to tell anyone giving the film a watch to give it some time. Be patient with it. The payoff is so great in the end. It’s not like we’re strangers to movies longer than an hour and a half. If you sat through Avengers: Endgame or It: Chapter 2 you’ll be able to sit through this one. It has its slow moments yet there are some very action-packed scenes that could make up for the lack of them throughout the whole movie. Stick with it! I promise it won’t disappoint.

I smell an Oscar nomination coming for this movie and for its lead actor. It’s time Brad Pitt, as seasoned as he is, to receive an Oscar. It’s early so I don’t take my word for it but I’d love to see him nominated. It’s a very deserving performance. Give this film a try. Don’t give up on it, once again. It’s a beautiful film that definitely warrants even just a one-time viewing.