Jennifer Lopez is and has been a household name for a while now. She’s had several successes at the box office but none as smart or well-thought out as Hustlers. When the film premiered at the Toronto International Film Festival last weekend it was met with outstanding praise for Lopez’s performance, even generating Oscar buzz, as well as the fresh writing and script that it brought to the table. Joined by Constance Wu, who is fresh off a success (no pun intended) of last year’s summer movie Crazy Rich Asians, the movie is definitely not lacking in star quality. This is one movie that I’ve personally been looking forward to since it was announced in the spring. I don’t think anyone could have expected Hustlers to beat out The Goldfinch at the box office but stranger things have happened and this movie could not have exceeded my personal expectations anymore.

At first glance the movie could come off as super outlandish or made in bad taste but the movie handled the strip club aspect of the movie really well and understated. Yes, it’s a movie about strippers but it’s also a movie about a how a sisterhood was born and the bonds they all shared with each other. This is definitely a welcome addition to a genre of female friendship movies. It might look like just another “chick flick” just by a glance of the trailer but really it delves deep into friendship, friendships that develop into a family, the less glamorous side of stripping, and the capital greed of Wall Street. I’m not a feminist per se, but I do believe in the power of women and that they can do anything a man can do if not more/better and I’ll say I think women could feel a sense of empowerment from this movie. It portrays hard-working women making an honest living, hustling if you will, to provide for their families. I really appreciated that they downplayed the whole strip club theme to segue into deeper topics such as what greed does to friendships and where does one draw the line when trying to make that money to provide for their families. It also does a really great job of making the audience go through the motions because we grow attached to the characters that are introduced. With that being said, Hustlers, wouldn’t be the success that it is without the ensemble of talent that was cast. This movie has what most of its crime-centered counterparts lack. It has lots of heart and makes you truly invest in the lives of the characters portrayed on the screen.

Critics have been buzzing here lately about Jennifer Lopez’s performance as Ramona Vega in every way an actress could ever hope for. The Oscar buzz I’ve been reading about has me hopeful for the awards season because I second those statements. Lopez, in my opinion, earned every bit of that Oscar nomination. While I know it’s too early to really be making these predictions I wouldn’t be surprised in the slightest if she were nominated in the Best Actress category. She was able to convey a range of emotions throughout the whole film without coming off as phony or disingenuous. I wouldn’t expect any other Academy-recognition but Constance Wu did an outstanding job portraying her character Destiny. She was just as lovely in Crazy Rich Asians as she is smart and convincing in Hustlers. Wu was just as able to convey to the audience her state of precariousness as well as self-aware as a stripper. The two other honorable mentions are Lili Reinhart, of “Riverdale” fame, and Keke Palmer. The two join Wu and Lopez’s characters’ posse and give generally believable performances. I’ll have to say I was a bit disappointed to see them lesser roles but also at the same time I don’t think they were capable of delivering performances up to the standards of the two top-billed actresses (as of yet, anyway.) I thought Julia Stiles did fine with what she was given. She didn’t play a huge role in the movie but she didn’t not deliver. There are two notable cameos from the likes of rapper Cardi B and flute-playing, current #1 songstress Lizzo that I thoroughly enjoyed. While not playing huge roles, they certainly delivered their few lines as well as the Palmer and Reinhart.

The soundtrack to the movie was super on-point and I could not have thought of better song choices. Throw in a cameo from Usher (sorry for the spoiler but you’d know if you’d already looked up the movie and saw his name) and nothing is more peak 2007 than that particular moment in the movie.

I’d also like to add that I am thoroughly impressed with Jennifer Lopez’s ability to learn how to do all the movement and tricks she does in a mere SIX weeks. There’s seriously nothing she can’t do, but surely we all knew that already. From portraying a maid in Manhattan to Selena Quintanilla she’s a chameleon who I think has learned the art of mastering and transforming for any role she takes on. Hopefully from here we see more strong performances from Jennifer Lopez. 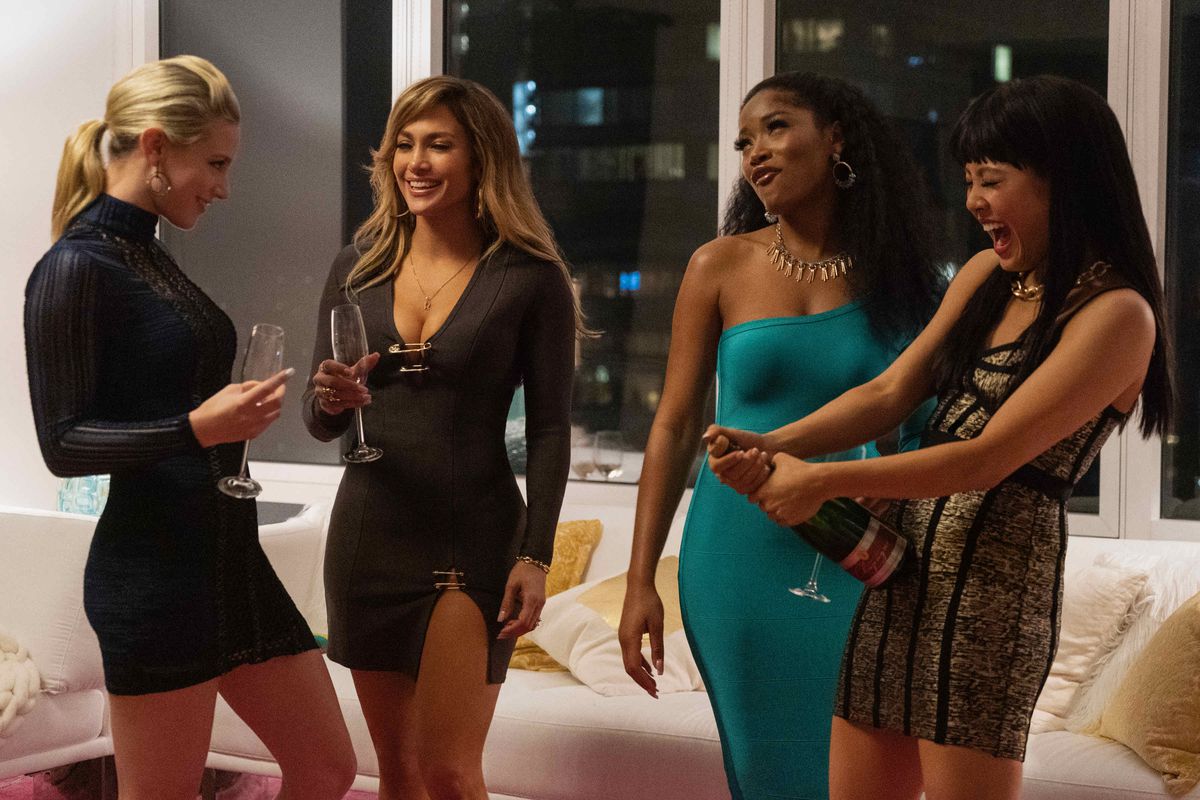 I urge you to go see this one! I know at first glance it might not come off as a movie to praise but once you see it you’ll understand why this particular movie is doing so well critically. Not only does it help in the stigmatization of stripping it also contains lots of heart and is one of the best movies about crime out there right now.