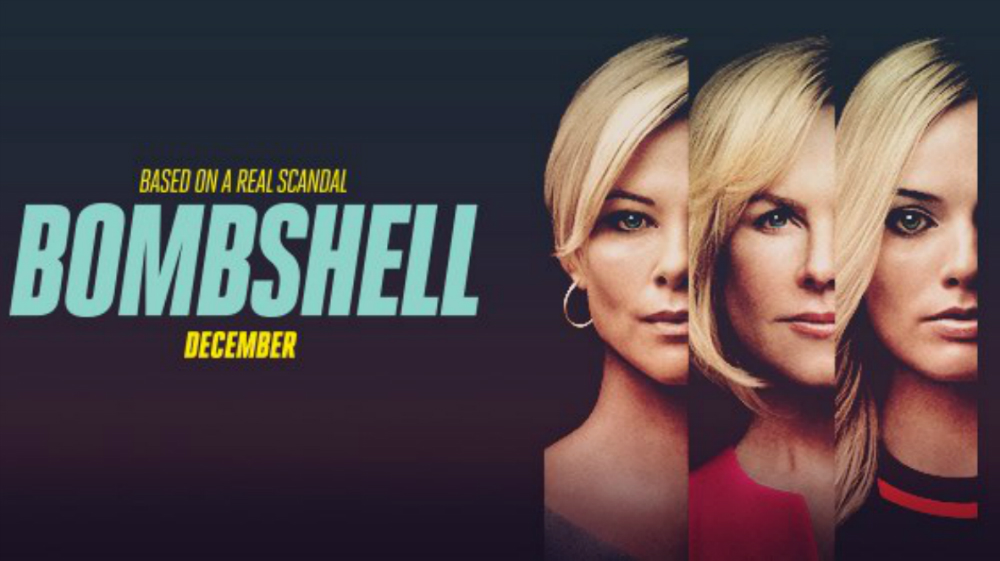 Fresh off the heels last year’s political drama Vice comes a biographical comedy-drama centered around the scandals that arose from the Fox News network and Roger Ailes. Honestly, I feel like this movie comes a little too soon after the events it’s centered around. Nevertheless, the movie has few bright spots and a lot of faults.

One of the very few bright spots for the movie is the casting. The casting is on point, for lack of better words, and most of if not the whole cast does phenomenal jobs with what they are given. Charlize Theron plays the role of the controversial Megyn Kelly, Nicole Kidman as Gretchen Carlson, and Margot Robbie as fictional character Kayla who I’d imagine is a combination of a lot of ladies from the news network that were victimized. Theron is absolutely stellar and deserves every bit of that Academy Award nomination. There are moments where I forgot that I was watching Theron and not Kelly. I think Kidman is also understated and portrays Carlson with grace. Robbie is great in her role. She plays her character with a lot of vulnerability and honesty. A few other notable members of the cast are Allison Janney as Ailes’ lawyer Susan Estrich, John Lithgow as Roger Ailes, and Kate McKinnon. McKinnon adds a lot of needed humor to the story when she’s onscreen.

So, this movie is in the same vein as Adam McKay’s Vice from last year. While the movie is more dramatized and better as a whole than the latter it does possess a lot of the same devices it uses. McKay’s movie is more of a  “mockumentary” than Bombshell in my opinion. So, I’m happy I didn’t have to listen to a narrator pause the whole movie and give insight.. The movie’s script isn’t awful but there are so many better screenplays this year that it’s not on par with the rest of this year’s films. It does use some effective comedy throughout the film which is much needed considering the content it’s centered around. I laughed out loud several times so it has that going for itself.

Overall, the film’s other strongest component is its hair and makeup department. There’s never a moment during the movie that I think about the actors and actresses playing the characters but that’s honestly not the filmmakers doing.. they just employed a huge cast of super talented people.

Bombshell is far from a bad movie and Theron is fantastic as Megyn Kelly but the film was made a little too soon in my opinion. I will say that for the most part the movie deals with the subject matter very respectfully. If you were a fan of Vice or any other political dramatization than you’ll like it.