Raucous and chaotic “Birds of Prey” is loads of fun.

Margot Robbie is a hot commodity in Hollywood right now. But perhaps one of her most iconic roles is that of psychiatrist turned crime-junkie Harley Quinn. While Robbie is great in David Ayer’s clunky and problematic Suicide Squad, she truly flourishes in freshman Cathy Yan’s Birds of Prey. This film is receiving a ton of backlash from audiences for ridiculous reasons and I’m here to tell you to run to the theater to support this film because it is one of DC Comics’ best to date.

The cast is so dynamic and I have high praises for everyone involved. First up, I’ve already praised Robbie but I can’t praise her enough. She is a chameleon when it comes to playing all types of different characters and I think she truly loves every minute of playing the egg sandwich-loving, hyena-owning Harley Quinn. She’s an absolute riot and a joy to watch every minute she’s onscreen. Robbie also works really well with her other fellow crime fighting broads onscreen. The casting is perfect for each bird of prey. I love what Mary Elizabeth Winstead does with her character “Huntress”; she might be the coolest character in the movie! (Honestly though, it’s hard for Harley to not be your favorite) As for the other characters I think the actors do really great jobs with their characters but they’re not as memorable as the two mentioned before. But another one of my favorite characters in the film is Ewan McGregor’s Roman Sionis or Black Mask. I love the direction he went with his character and I love seeing McGregor in more of a villain role.

Birds of Prey is Cathy Yan’s first foray into blockbuster territory and I think she’s done an outstanding job with her first major film and I can see a bright future for her in Hollywood. But one thing I did notice was a weak script and was often cringey at times. But I didn’t go to this movie for the script.. I went for the action and they absolutely delivered in that department. I recently read and watched some reviews regarding the movie’s lack of action scenes or lack of action at all but I have to disagree in a huge way. There are tons of action sequences that have huge payoffs. One thing that I will say is that the trailer, as do most trailers nowadays, give away a lot of the movie. Also another thing I don’t appreciate, and is not only with this movie, is that some of the things in the trailer were cut when it came to the movie so that was disappointing. But one of my favorite scenes in the whole movie is that of Harley Quinn mourning over her egg sandwich being demolished by a truck. But the movie more than makes up for it. Worth noting, is a lot of the CGI work that is used is quite shoddy, as is usual when one talks about DC, but that doesn’t take away from the film for me.

Lastly one of the best aspects of this movie are the costumes. Oh man, every one of Harley Quinn’s costumes is pure fun and absolutely fitting for the character. The same can be said for Huntress and Black Canary as well as Roman Sionis. This is some of the best costuming and hair and makeup I’ve seen in a DC movie to date, to be honest. Also worth noting is the soundtrack which coincides perfectly with the scenes its used for. 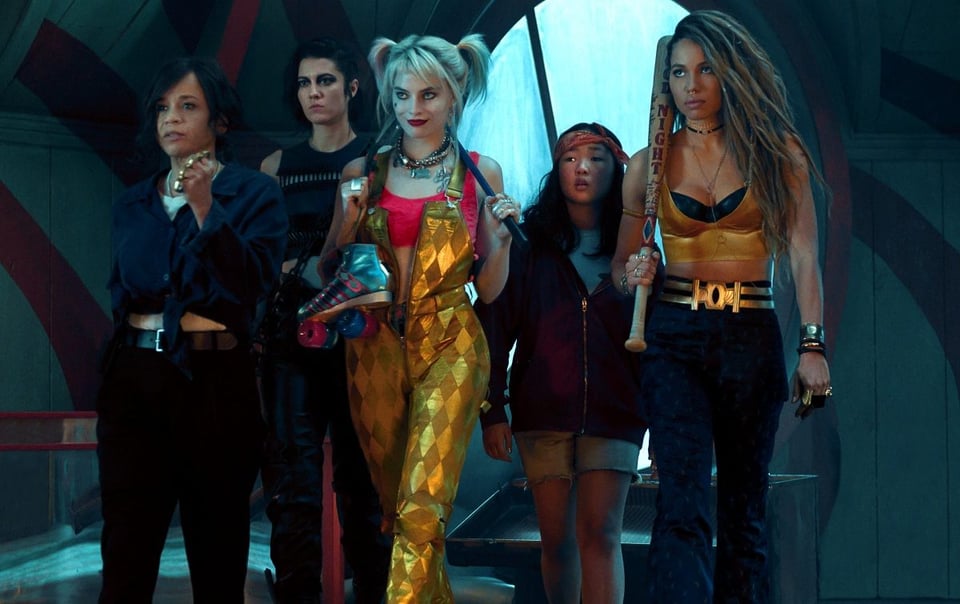 This film is important in that it shows empowered women banding together with a kind of sisterhood that is fun to watch onscreen. I never thought I would like this movie as much as I did but it’s a ton of fun and I can’t wait to watch it again! PLEASE go and see this movie.

Previous Post
“Bombshell” tries desperately to be something it’s not.
Next Post
“The Photograph” is a romantic drama that oozes old-school charm.