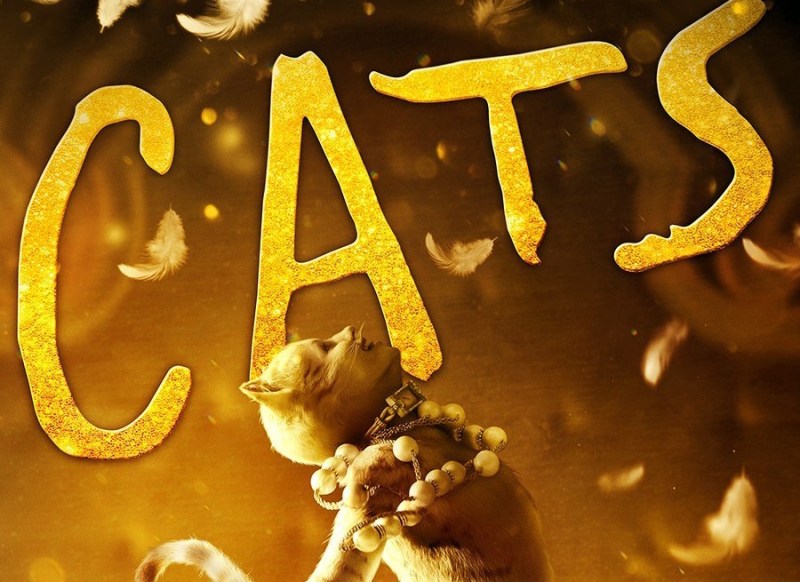 Let me start off by saying that I am not of the same opinion that all the critics are. I am a lifelong fan of Andrew Lloyd Webber’s 1982 Broadway musical Cats. I don’t know how I got into it but at a very young age I was starstruck, to say the least, every time I heard Elaine Paige belt “Memory.” Cats was one of my most-anticipated movies of 2019 and when I learned of the fully-CGI cats and the trailer dropped I began to worry. The movie has been panned by everyone who has watched it so the reviews are really bad but that wasn’t going to stop me from seeing my favorite stage musical turned film.

When one is talking about Cats you have to remember that most of these actors are playing principle characters in the musical. I’ve heard tons of people whining about Taylor Swift not getting a ton of screen time but that’s how a cast of principle characters plays out. Each character is introduced and sings their song and then they’re done. I’m a huge fan of Taylor Swift but to be honest she had no business playing Bombalurina. The two other actors who absolutely ruined the movie for me were Rebel Wilson as Jennyanydots and James Corden as Bustopher Jones. Their performances were god-awful and really ought to be scratched from the film when it’s released. With the bad there’s always good and there were several highlights from the casting such as Jennifer Hudson as Grizabella, Francesca Hayward as Victoria, and Laurie Davidson as Mr. Mistoffelees. The cast does really well on their own but as a whole it’s not super dynamic. But I did love the dynamic between Grizabella and Victoria (obviously). I’m definitely alone when I say this but I did love Dame Judi Dench and the gender-bent Old Deuteronomy but there’s a monologue at the end that’s super unsettling and strange and I wish I hadn’t sat seen it. Last but not least, Idris Elba and Jason Derulo had zero business being in this movie. For obvious reasons, Elba was terrible as Macavity and Derulo destroyed Rum Tum Tugger for me which is a huge letdown because that’s one of my favorite and one of the best songs of the whole show.. but I digress.

So, I loved this movie and I think it’s really fun but I do understand the criticisms it’s garnering. The original stage production from the 80’s is brilliant and a slew of Tony Awards. A huge part of that production is the extreme costuming and makeup and it came to be known for those very things and the movie blew it. I understand the decision to do full on CGI for the whole movie and the cats especially but it had already been mastered before and I say if it’s not broke don’t fix it. If you didn’t want to have immovable ears than why sacrifice that for hands and forearms that aren’t fully covered in fur.. the human hands were very distracting. I hope that if I go at a later date for a second viewing that my theater has received the revised edition. There were just some bizarre choices that were made that really didn’t help the movie at all. We didn’t need the tail choreography or the hissing or overabundance of cats nuzzling each other. But none of that was enough for me to despise this movie like everyone else. Don’t hate on this movie just because everyone else is. Also, don’t go into this movie knowing you aren’t going to like it and laugh the whole time. It’s inconsiderate and there are people around you that might have genuinely wanted to like the movie. Also, I think the movie is the perfect amount of time and I didn’t ever find myself wanting it to end before it did, but I’m also a die hard fan of the musical.

The soundtrack is everything. Like Tom Hooper’s Les Miserables from 2012 the actors sung through the songs and recorded them live which I think is super impressive. If you can’t appreciate anything else then at least take the time to appreciate that they’re not auto-tuning the crap out of these singers. With singing live though comes several issues. When you have actors who are not singers it doesn’t always turn out as planned. Rebel Wilson was beyond pitchy and flat during her song and Judi Dench tried her hardest to do it justice but it did not come to fruition. I can put all of that aside though when I listen to Francesca Hayward’s “Beautiful Ghosts” and Jennifer Hudson’s heartbreaking rendition of “Memory.” The cast as a whole though sounds phenomenal and I’ve been genuinely obsessed with the cast recording since watching it. I’d definitely give it a listen if you’re a fan of the musical.

Lastly, I want to touch on the choreography. MY GOODNESS, is it good. While they didn’t keep a ton of the original choreography I an appreciate that it’s a different time and it needed some sprucing up. Newcomer Francesca Hayward is a vision. Her lines and her technique are gorgeous and at the same level of impressive as Misty Copland. I want to also thank the choreographers for implementing tap into the film’s choreography because I think it’s a dying art. The Railway Cat routine is absolutely sublime and I can’t wait to set my eyes on it again and again in the future. I do have one complaint though and that’s that cats should never do hip hop. I’d like to know why they thought it was a good idea to put Les Twins in the movie at all.. they added nothing to the movie. Period.

Oh and I almost forgot.. the CGI and effects weren’t that bad but the magic of the original comes from its whimsical costumes and makeup. I was able to look past it all. But I would like to know who did all the scaling for the movie because a lot of it made zero sense to me. (Oh well)

I’m sure you came here thinking and hoping I was going to rag on this movie but I am not here for the slander. I think it’s a decent movie and a great adaptation of the stage production. Sure, there are some hiccups but what movie doesn’t have its problems? Don’t go see this if musicals aren’t your thing and certainly don’t go see it because you “need a good laugh.” (rolls eyes) This is theater and we should all be supporting it nonetheless, so go see it for yourself and stop letting Rotten Tomatoes (rolls eyes again) determine what you want to see and don’t.

Previous Post
“Uncut Gems” is a headache of a film.
Next Post
“Star Wars: The Rise of Skywalker” is a near-perfect ending to a beloved saga.