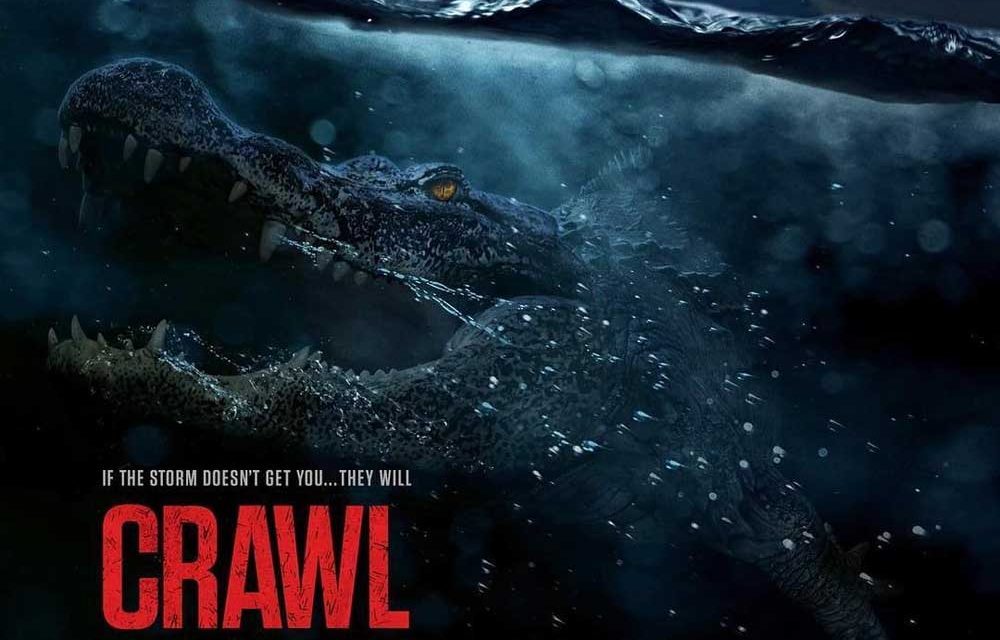 No summer is complete without a creature feature. In the summer of 1975, Steven Spielberg released his film Jaws and so the prototype summer blockbuster was born. It pulls from the classic aforementioned movie and its many tropes and plot.

I went into Crawl not thinking or expecting much from the movie. To be honest, one of the only reasons I went to see it was because it was one of the only movies that I hadn’t seen so far this summer. I left the movie surprised by my feelings toward the movie. I was thoroughly impressed with the movie as a whole. Last year, Paramount released Mission Impossible: Fallout in the summer months and I would have to say that they followed up this summer with a solid movie.

First, while the plot is rather uninventive the audience honestly forgets about the formulaic nature of it and is almost instantly thrown into the action. I never thought I would be saying this about a movie like Crawl but the opening credits of the film are stunning! As the opening credits started to roll I kept leaning over to my friend and telling her how obsessed I was with them. The team behind the CGI alligators deserve all of the awards. But just the alligators. The rest of the CGI was a bit questionable (i.e., the horribly generated lake and the fake rain). But the CGI team can’t take all the blame because the whole movie is a bit far-fetched. Since the movie was so well-executed though, the audience should be able to overlook the problem of the plot being far from realistic. I would also like to point out that I was expecting the amount of gore that was involved but if you’re even the slightest bit of squeamish this movie won’t be your cup of tea.

The film does a great job of presenting the audience with characters to like and to root for. Kaya Scodelario is able to portray a fierce, heroine in such a small amount of time. Scodelario and Barry Pepper do excellent work with their characters. The writers did well with flourishing the characters and taking the time to develop the characters but also not bogging us down with information and taking themselves too seriously. The movie, while packed with loads of nightmare fuel makes an effort to also interject some quick wit between the father-daughter duo which works as a great sort of comic relief. Last, but CERTAINLY not least we have the bravest member of the family, a dog named Sugar. If I held my breath once, I held my breath twenty times when she was on-screen. Thankfully, (spoiler alert) we were blessed to see all three of them safe from the monsters at the end of the movie.

I will say it again, I was thoroughly impressed with this film and its characters. The movie is really the perfect summer flick. If you’re looking for an action-packed movie this is your movie. What Godzilla: King of the Monsters lacked is everything this movie possesses. It’ll also make you think twice when ignoring your local news outlets about evacuating.