If someone had told me six years ago that I would become a fan of the Frozen franchise I would have denied it so fast. But here we are and I am absolutely in love with the sequel to 2013’s Frozen. I’ve seen some reviews praising the movie and I’ve also seen some claiming that it’s just another unwarranted sequel or a cash grab for the Walt Disney Company. I am somewhere in between the two. I think that a sequel wasn’t necessary but I’m certainly very glad that it happened and that I thawed my frozen heart (wink, wink) and went to see it last week.

Back for the sequel the entire cast of voice actors reprise their roles for the sequel with just as much chemistry as presented in the first, if not more. I’ve always been more drawn to Princess Anna over Elsa and boy, can I say they did NOT disappoint with her storyline this time around. I cried a few more times than I expected because Anna gets what she’s always deserved. Kristen Bell is just as charming as usual and Idina Menzel brings back that power that she exuded in the first but brings along a side of vulnerability to Elsa that can only be praised. Jonathan Groff continues to prove that he is a Disney prince and provides great, soft moments with Kristoff that really solidify him as one of Disney’s best male characters. But to my surprise I fell in love with Olaf, the snowman who loves warm hugs. I don’t know how he was able to do it but Olaf seriously got so much better in this film. If you’ll remember in the first one he can come off as super obnoxious but he’s so charming and mature in Frozen 2. Newcomers to the franchise included Sterling K. Brown and Evan Rachel Wood. I think the two were solid editions but seeing as they were only supporting characters we didn’t get much to judge them on. I will say that Wood definitely provided a sort of motherly tone with her voice for Queen Iduna, the sisters’ mother. One character that was added, Bruni, has no voice but he is THE cutest thing Disney has done since Moana‘s Pua.

The film has only been out for about a week and a half so I can’t nor I won’t say much on the plot. Maybe at some point later on in time I’ll add my input but I don’t want to spoil anything for anybody. Just know that as much as I loved this movie.. I left with more questions than I did answers. The plot is filled with holes but once again I think I’m okay with overlooking those because I enjoyed it so much. You take the bad with the good. One thing I will say though is I think the underlying message is very timely and I also think it’s very important what they did with Kristoff’s character.

I do want to address the animation and character design before I go on though. One word: STUNNING. I seriously will never be over the fall aesthetics of this movie. All of the colors are such a nice contrast to the original movie’s stark landscapes. I also loved that we got a look at more reindeer because it’s all I ever needed. I love Sven and have loved him since the beginning and it was awesome to see him with other reindeer. The character design was also just as stunning. The sisters’ and Kristoff’s new outfits are so gorgeous. The other characters presented in the forest, named the Northuldra, were beautiful and I will say I loved seeing all of the people of color. You could tell that diversity one of the most important elements of this sequel and I applaud the filmmakers.

The last thing I want to touch on is really the most important element of the film: the music. Yes, the first one gave us ballads we could belt out like “Let It Go” and duets like “Love is An Open Door” and “For the First Time in Forever.” You can’t take away the first film’s successes because like my sister said, if it wasn’t for the first one we would not have the sequel. That being said, I so prefer this movie’s soundtrack to the original soundtrack. While there a few staples from the first that are incorporated into this one the new songs are just as catchy. Whether you’re going for a more upbeat “Some Things Never Change” or Kristoff’s solo debut (!!!) “Lost in the Woods” or if you’re looking for ballads like “Into the Unknown,” “Show Yourself,” or “The Next Right Thing” this soundtrack is filled with gems that you’ll be singing for days on end. Providing her eerie vocals to a few of the songs is Norwegian singer/songwriter Aurora which is chilling to say the least. I will say to be careful when listening if you haven’t seen the movie but it doesn’t disclose much. The Lopezes have outdone themselves another time around. Also worth noting is the score that is once again composed by returning Christophe Beck. The one thing I loved from the first one was the score and I listen to it to this day and I think Beck was able to match his work for this one as well. It’s worth a listen just as much as the soundtrack is! 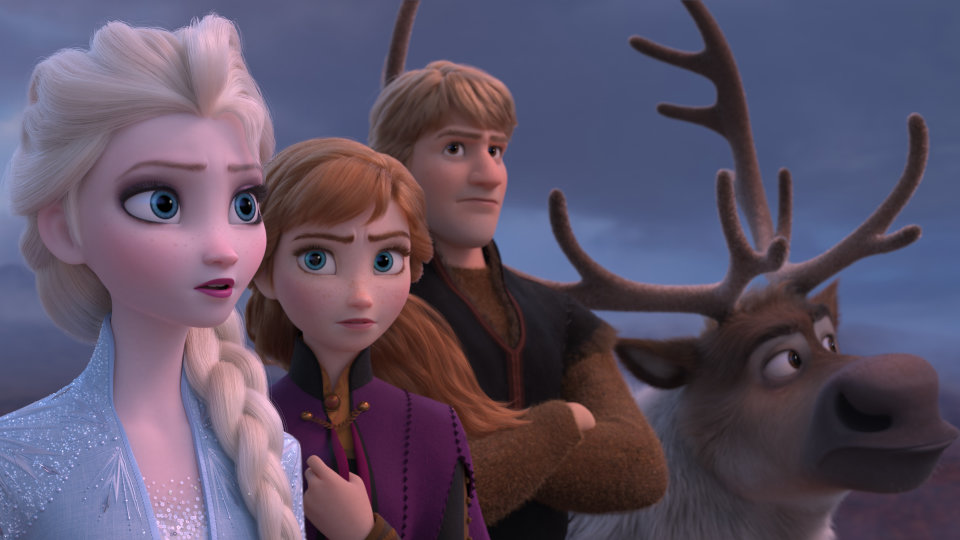 Run to your local movie theater and take in the wonder that is this movie. Disney has outdone itself again. I won’t say that it’s Best Picture worthy but it certainly warrants at least one watch if not two and three and more.