I want to start this review off by saying that I’ve never read Jane Austen’s much-acclaimed novel Emma but after my viewing of this film I immediately went and bought it so I can read it for myself. I was not aware of just how much influence Emma has had and has in today’s day and time. I always hear of Pride and Prejudice and Sense and Sensibility but never too much of Austen’s fourth novel and the last to be published while she was still alive Emma. But here recently I have really taken interest into more British film and I knew I had to see this movie in the theater when it came out this year. I can eagerly say that I have absolutely no regrets going to this movie and I’ve said it before but I think watching movies such as these are great because they instill a want to read which I know is hard to do today.

Not having read Emma in any capacity I cannot judge personally whether Anya Taylor-Joy was the perfect fit for the main protagonist, Emma Woodhouse. But I will be the first to tell anyone that I loved her as Miss Woodhouse and I’ve read multiple reviews and blogs praising her for her performance. I am personally a huge fan of Taylor-Joy and I think she’s one of modern day’s greatest young actresses. Taylor-Joy is never overly joyous or cross and she never portrays Woodhouse as a character that might like to draw attention to herself because of her handsomeness. She delivers lines with certainty and with a lot wit when it’s necessary. Most notable is perhaps her chemistry with two of the supporting characters Harriet Smith and George Knightley, played respectively by Mia Goth and Johnny Flynn. While their chemistries are very apparent it’s also necessary to praise the two individually for portraying their respective characters. Flynn is great as Knightley and is a much different take on the character because he’s more rugged than you might think a genteel man of the Regency era while Goth’s character is the epitome of a woman of that era. I think one of my favorite performances of the while movie was that of an always welcome Bill Nighy as Mr. Woodhouse. From what I’ve read and researched his character is quite morose in the novel but in the film he’s the polar opposite with quirks to spare. One performance that I was most definitely looking forward to was that of Miranda Hart as Miss Bates. Any fellow “Call the Midwife“ might recognize her as Chummy Noakes. I have to say that she played her part just as well as I thought she would and elicited lots of laughs from myself and others in the theater. Overall, the characters really are brought to life with brilliant performers all around. I have no complaints here whatsoever (nor of the whole movie really.)

Autumn de WIlde marks her feature film debut with Emma. and I was thoroughly impressed when I found that out. I seriously thought this movie could have been done by someone who’s been in the field for ages. Emma is as clever as it is handsomely made. The script is cleverly written and balances wit and romance perfectly. One minute the audience is caught up in colloquies between all of their characters at once and another we’re rapt in a gorgeous dance scene that rivals those from Pride and Prejudice and movies of the same genre. This movie’s cinematography and production design go hand in hand to create beautiful scenes that look right out of paintings. It has some of the most idyllic sets and don’t get me started on the costuming and hair/makeup. I think Georgian dress is severely underrated and every costume, female and male, are breathtaking. If I could live in a movie this would be one of the movies I would. One thing I think is most important is that while we have these gorgeous pastel colors and shots that it’s not all frills. It not only shows the lives of the wealthy 1% but also that of the lower class population.

I will always touch on a film’s score and I won’t go on forever about this film’s but something has to be said of it. The score is absolutely stunning and captures the movie perfectly but what I loved most were the verses of hymns and traditional English songs used throughout the movie thrumming over the gorgeous green backdrops and pastures of a late 18th-early 19th century England. 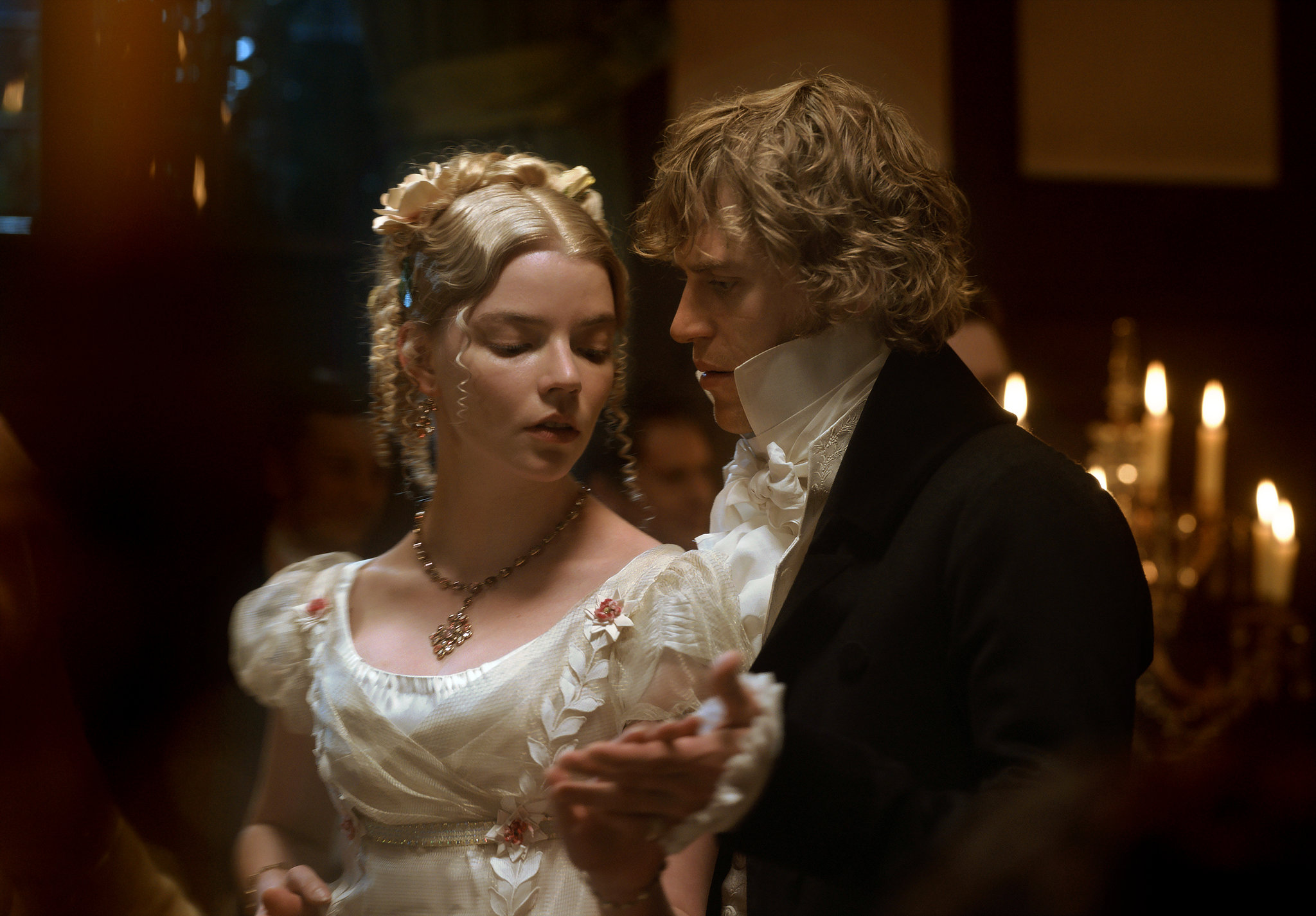 Don’t walk. RUN to see this movie. I get it if it’s not your thing but I would highly recommend it to anyone who loves period pieces.