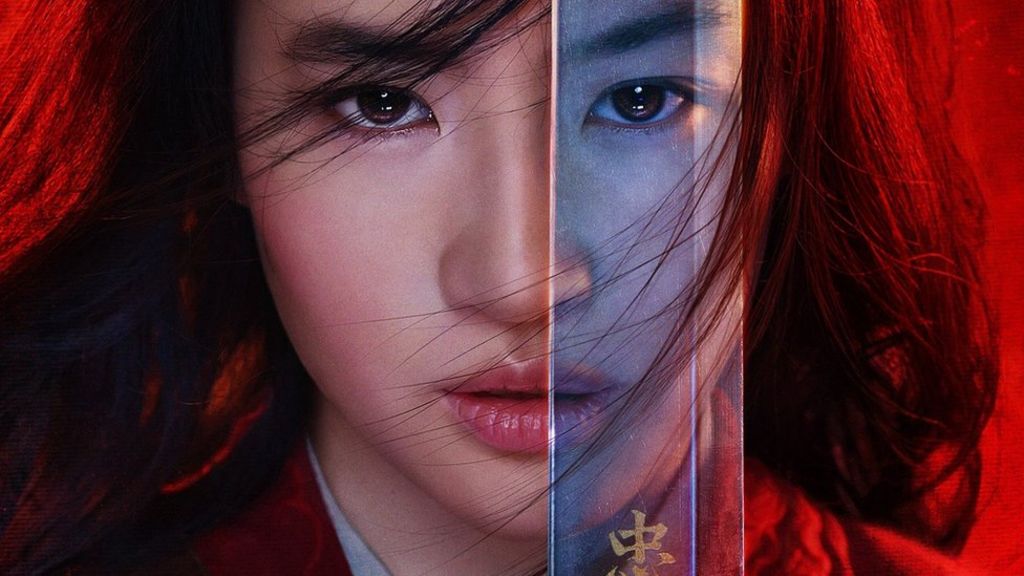 I will be the first to tell anyone that I’m on the fence with the live action treatments that some of the Disney classics have received in the past few years so I always proceed with caution when these movies are announced. I knew that when this project was announced it would receive a lot of flack – following suit with the rest of the of the live action remakes. Mulan (1998) has always held a special place in my heart as I’m sure is the case for a lot of others!But I remained cautiously optimistic and stayed up until all hours of the morning waiting on its release so I could watch it immediately. And I’ll be the first to say that I was impressed.

I can only imagine how difficult the task of casting all of the characters from the film but Mulan in particular. The character is both bold and warrior-esque but also just as feminine and graceful. The casting of Liu Yifei in the titular role is one of the movie’s strongest suits. She provides just enough poise and temerity to match the Mulan of 1998. One aspect I think Yifei might have been missing is more of the character’s personality or outspokenness. Other than that she really personifies her. Cast as her parents are Tzi Ma (her father) and Rosalind Chao (her mother) which is pretty standard but we don’t get to really get to know them enough for them to be fully fleshed out characters (which is nothing less than the original does with her parents.) I feel like that is the case for a lot of the characters in this film which fits the bill because this is Mulan’s movie. While we don’t get to delve deep into those different characters the talent is provided and they are nice and supplement some comic relief. I do think however that Yoson An, who plays a fellow soldier and eventual kind-of love interest, has great chemistry with Yifei once her real identity is revealed. Last but not least are the villain characters.. they’re just as fleshed out as the villain from the 1998 rendition. And if you’re catching my drift, that means not very. Jason Scott Lee could have done great things if his character were more three-dimensional but unfortunately he is not so he makes for an okay villain.

When it comes to the live action films I really hate when stories are just re-told in the vein of Beauty and the Beast (2017) or last year’s The Lion King. These films should be reinventing and adding depth to the already beloved classics. Mulan draws from the original film for certain aspects but for the most part it draws inspiration from the poem “The Ballad of Mulan.” There are things that have been added that I love but I don’t want to spoil them so I’ll let you decide for yourself what those might be. Without an iconic talking dragon and its enchanting soundtrack of songs one might think this film would come off as bland but it’s far from it. I’m going to be completely honest here and say that I do love 1998’s music and fun characters but this film is exactly what I was looking for – something more sophisticated but charming at the same time. In place of Mushu is a gorgeously-designed phoenix that follows Mulan on her journey and I gasped every time she came onscreen. While the phoenix has no speaking part she really does move the plot forward and help Mulan out like Mushu and Crickee. There is something that was added that I have a love/hate relationship with. I’ve seen so many comparisons to last year’s The Rise of Skywalker when it comes to that certain something – and you’ll know what I’m talking about once you get the chance to watch – but overall it doesn’t ruin the movie and I didn’t think of it like that at all until I started reading reviews. As a whole, I was hooked the entire length of its two-hour runtime and it left me wanting more.

So, I just read somewhere that said that this movie is the most expensive film directed by a woman. I don’t think Niki Caro gets enough recognition. I would trust her with my life. With that $200m budget it’s no surprise that this film did no skimping when it came to filming locations, costuming/makeup, choreography, and production design. The set pieces alone are astounding and huge and are really successful in transporting us to 15th century China. The filming locations are stunning. Some of the best shots from the film are just b-roll of China. It’s truly breathtaking. The costuming and makeup departments hit a home run with this one. All of the costumes are so intricately designed and carefully made. The colors are brilliant in scenes taking place in Mulan’s village and the Imperial City. But perhaps the most impressive piece of this film is its action sequences. They’re so well-choreographed and are dripping in grace and strength. Mulan’s final fighting scene is one in particular that really stands out to me even now. And of course with every great movie comes a score and its composer and this film is no exception. Harry Gregson-Williams, I feel, is severely underrated in his area of work. While the film doesn’t possess those iconic sing-a-long songs from the animated adaptation it does have a gorgeous score that boasts flourishes of all of the songs from the film that will, if you’re like myself, have you crying like a baby. It’s absolutely successful without being a musical so don’t put off watching it just because of that reason! I understand that $30 is not an ideal price right now but I’m so glad I was able to watch it. I just wish we could all go to the movie theater and see it because it’s truly something to behold and should be watched on the biggest screen you have at home! This is giving Cinderella (2015) a run for her money and I’m not surprised and truly grateful that they did our warrior justice.