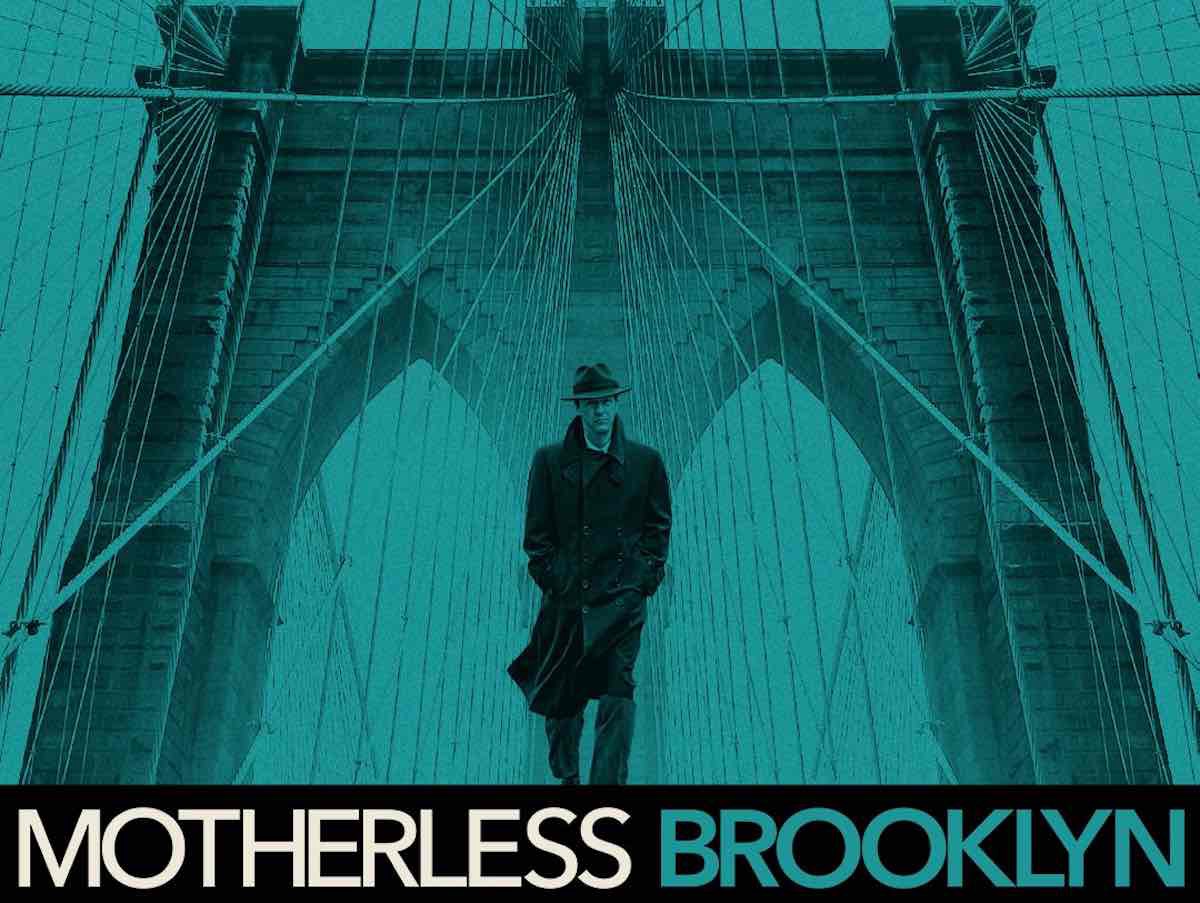 Edward Norton is no stranger to the big screen when it comes to acting but I have to be honest and say that I had no clue he did any directing of any type. That being said, I’d say he’s a pretty fair director. But I can say that the man is blessed with many talents, a couple of them the audience can witness in Motherless Brooklyn.

Norton takes the cake when it comes to the one standout of the movie. The film’s ensemble of characters is impressive with a cast comprised of not only Norton but Alec Baldwin, Willem Dafoe, and Cherry Jones. Also notable is Gugu Mbatha-Raw who gives a so-so performance. Mbatha-Raw was great with what she was given in Motherless Brooklyn. Back to Edward Norton, he does an excellent job with his character whom suffers from Tourette syndrome. Going into this movie one could only be very worried about the movie’s portrayal of a person with Tourettes but I think they did a tasteful job with it and Norton certainly impressed me with his ability to make it seem as realistic as one could without poking fun. I was also very happy with the rest of the audience who did not feel the need to laugh at any inappropriate times. Please not that I haven’t mentioned Bruce Willis… He had zero business being in this movie because every line and scene he’s in is supremely lackluster (per usual.) Thank God he doesn’t play a huge role in the movie so the audience doesn’t have to deal with his bumbling along. (spoiler alert)

While the cast was decent the rest of the movie was pretty sub-par. The movie clocks in at a two hours and twenty minutes. The movie does not do a great job with timing. The first third of the movie does an okay job but after that I was left looking at my phone and waiting on time to pass. I was bored and confused for the second half of the movie. And found myself very relieved to see the end but that wasn’t without leaving me with more questions than I had answers. I do want to mention that the cinematography is great and it was very pleasing to look at but there are certain shots that are more confusing for the plot. We don’t need little shots of random things in between moments in the scene to confuse us more.

The one saving grace for Motherless Brooklyn is the gorgeous jazz score and the jazz music used throughout the movie. A film of this particular genre wouldn’t be complete without it. While it could be soothing in scenes it needed to be it was exciting and nerve-wracking in others. I had to give it a listen after we left the theater! All in all I wanted to enjoy this movie more than I did. There’s nothing worse than watching a movie and watching the clock every other moment. Thank God for the gorgeous jazz music and Edward Norton’s superb acting, not directing, skills.